Detail of inscription on the Xanthian Obelisk, 425-400 BC, a large monolithic block on a 2-stepped krepis, with a trilingual inscription on all 4 sides, in Ancient Greek, Lycian and Milyan (the last two are Anatolian languages), giving important information about the period‚??s history. At 250 lines, the Lycian inscription is the longest known. The monument was erected in memory of the wars fought by the Lycian prince Kherei and originally topped a funerary chamber (now in the Istanbul Archaeological Museum), and had a projecting horizontal roof and a crowning. It is behind the north portico of the agora, Xanthos, Antalya, Turkey. Xanthos was a centre of culture and commerce for the Lycians, and later for the Persians, Greeks and Romans, and was listed as a UNESCO World Heritage Site in 1988. Picture by Manuel Cohen 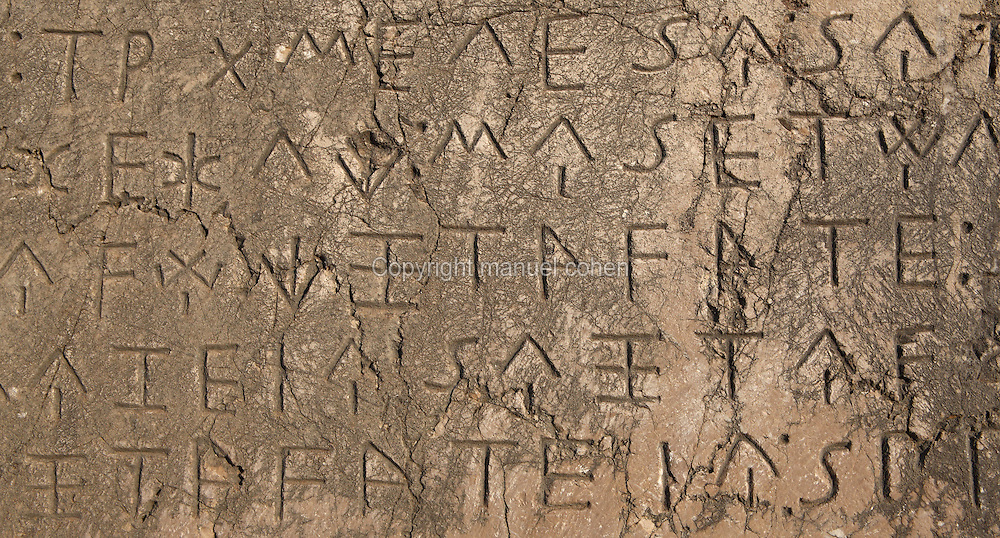