Column and ceiling panels with trencadis mosaics made from broken shards of ceramics, in the Main Hall of the North Station (Estacion del Norte in Spanish or Estacio del Nord in Valencian), built 1906-17 in modernist Viennese Secession style by Demetrio Ribes, Valencia, Spain. The building was listed on the Spanish heritage register as a Bien de Interes Cultural in 1987. The station is named after the CCHNE, the railway company that constructed it and opened it in 1917, which was later nationalised and renamed as RENFE and later as Adif, the company that currently owns and runs it. Picture by Manuel Cohen 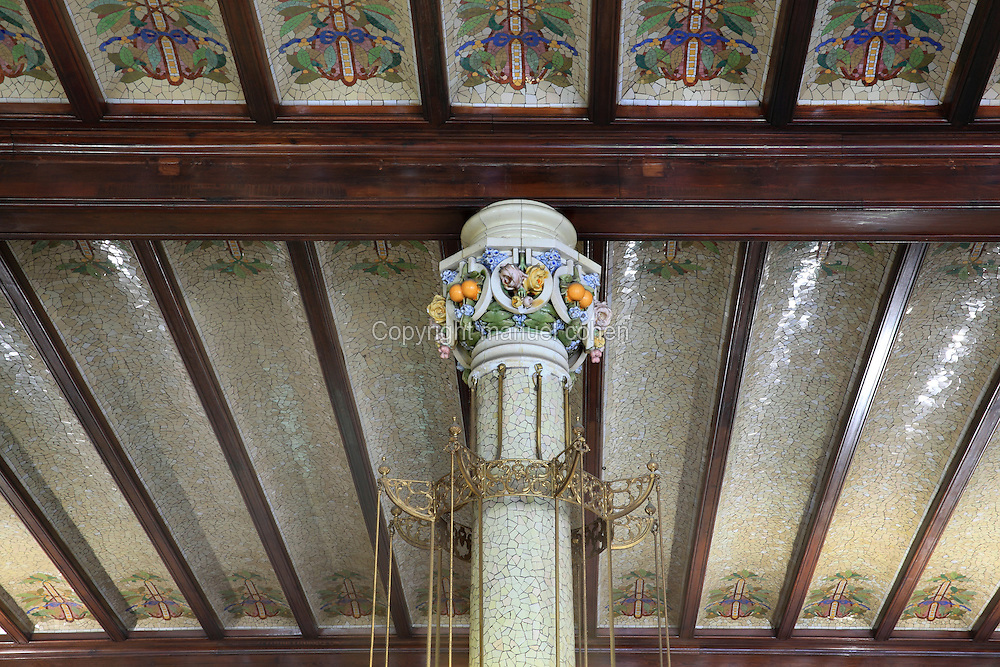