Zechariah, Benjamin and Amos, from Bay 103 depicting prophets and patriarchs, stained glass window, 1270, in the choir, in the Basilique Saint-Urbain de Troyes, or Basilica of Saint Urban of Troyes, a 13th century Gothic church in Troyes, Aube, France. The windows were restored in the late 19th and early 20th century. The basilica was founded in 1262 under Pope Urban IV and consecrated in 1382, although the building was not completed until the 20th century. It is listed as a national monument. Picture by Manuel Cohen 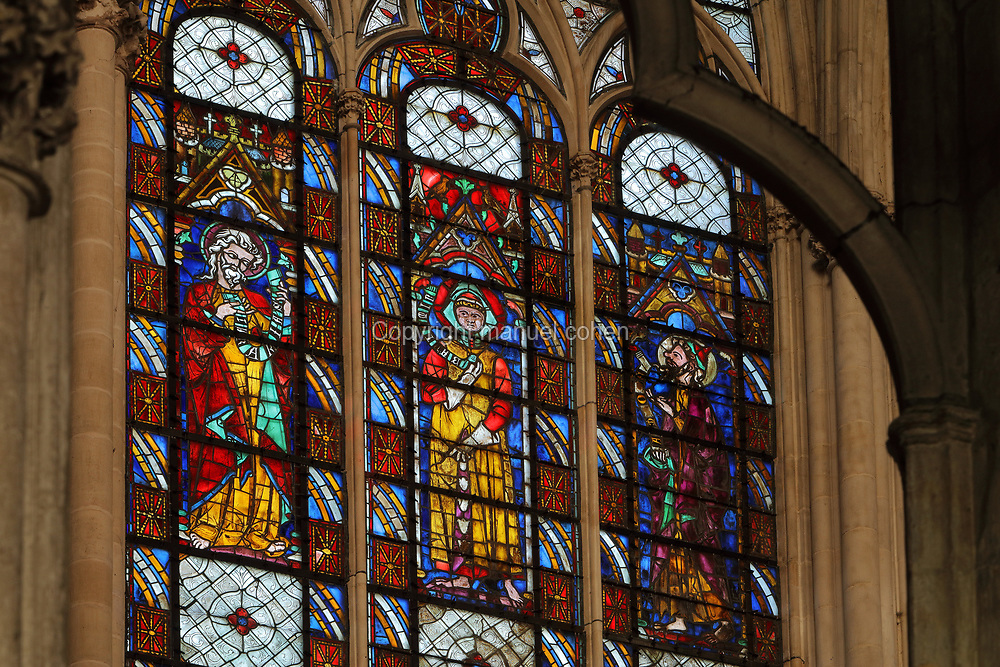