Names of victims of the 9/11 terrorist attacks inscribed around the North Tower pool of the National September 11 Memorial & Museum, designed by Davis Brody Bond, Michael Arad and Peter Walker, on the site of the original Twin Towers World Trade Center buildings which were destroyed in the terrorist attack of 11th September 2001, Manhattan, New York, New York, USA. The memorial and museum commemorate the 9/11 attacks, which killed 2,977, and the World Trade Center bombing of 1993, which killed 6. The memorial forms part of the new World Trade Center complex, which includes 5 skyscrapers and the museum. The memorial consists of 2 enormous reflecting pools and waterfalls within the footprint of the Twin Towers, surrounded by trees. Picture by Manuel Cohen 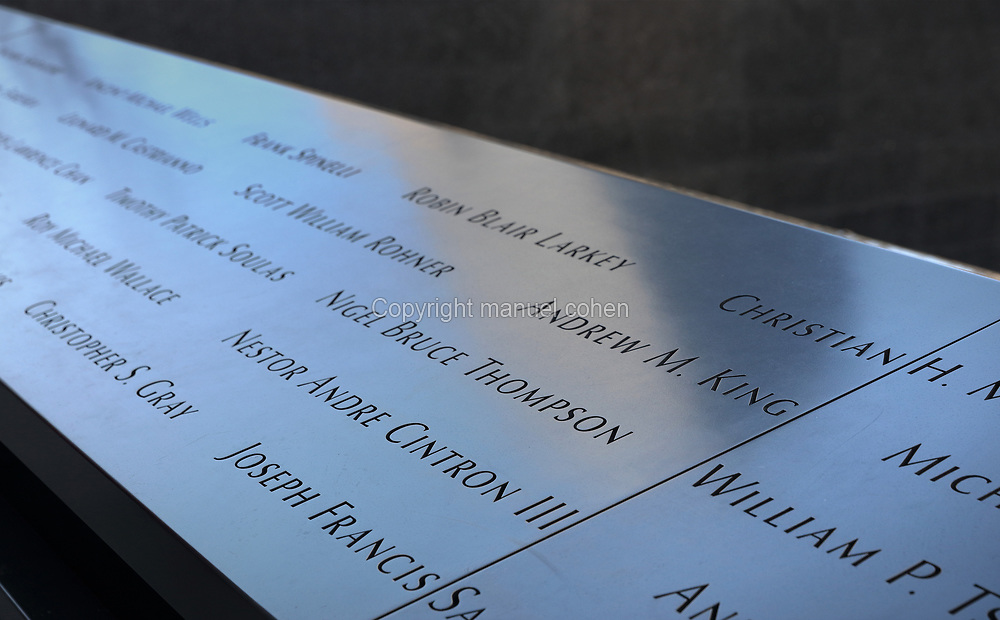