Omaha Beach, aerial view, between Port-en-Bessin and the Vire river, Saint-Laurent-sur-Mer, Manche, Normandy, France. On the right is the Les Braves War Memorial, commemorating American soldiers killed on 6th June 1944, 2004, by Anilore Banon. The sculpture represents the Wings of Hope, Rise to Freedom, and Wings Of Fraternity. It was commissioned by the French government to commemorate the 60th anniversary of D-Day. Omaha Beach is where on June 6th 1944 the US Army 29th and 1st Infantry Divisions landed as part of the Allied Invasion, or D-Day landings, during the Second World War. Picture by Manuel Cohen 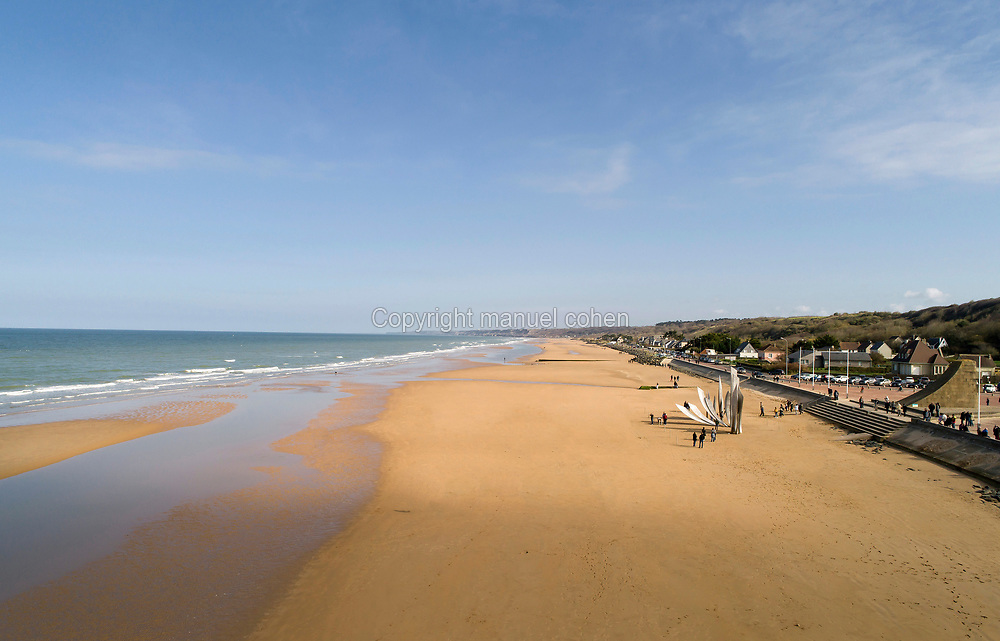