The Triumphal Arch of Caracalla, built 217 AD by the city's governor Marcus Aurelius Sebastenus in honour of Emperor Caracalla, 188-217 AD, and his mother Julia Domna, Volubilis, Northern Morocco. The arch was reconstructed 1930-34 and was originally topped with a bronze chariot pulled by 6 horses. The medallion busts are portraits of Caracalla and Julia Domna. Volubilis was founded in the 3rd century BC by the Phoenicians and was a Roman settlement from the 1st century AD. Volubilis was a thriving Roman olive growing town until 280 AD and was settled until the 11th century. The buildings were largely destroyed by an earthquake in the 18th century and have since been excavated and partly restored. Volubilis was listed as a UNESCO World Heritage Site in 1997. Picture by Manuel Cohen 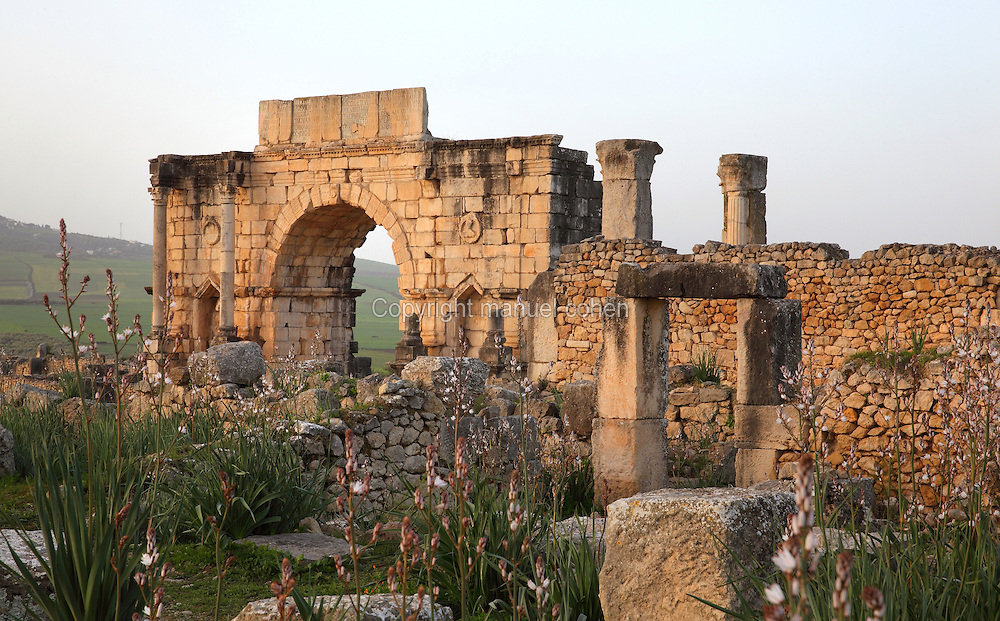