Dais, throne and staircase in the Salle des Etats Generaux, or Estates General Room, built in 1214 in Gothic style under Thibaut VI, Count of Blois-Champagne, in the Chateau Royal de Blois, built 13th - 17th century in Blois in the Loire Valley, Loir-et-Cher, Centre, France. The large hall is covered by a wooden frame forming 2 naves, supported by 6 arches on 5 columns. In 1861-66 Felix Duban restored the room in Neo-Gothic style, painting the vaulted ceiling with a fleur de lys design. The hall is named after the 2 Estates General of Blois in 1576 and 1588, called by Henri III. The chateau has 564 rooms and 75 staircases and is listed as a historic monument and UNESCO World Heritage Site. Picture by Manuel Cohen 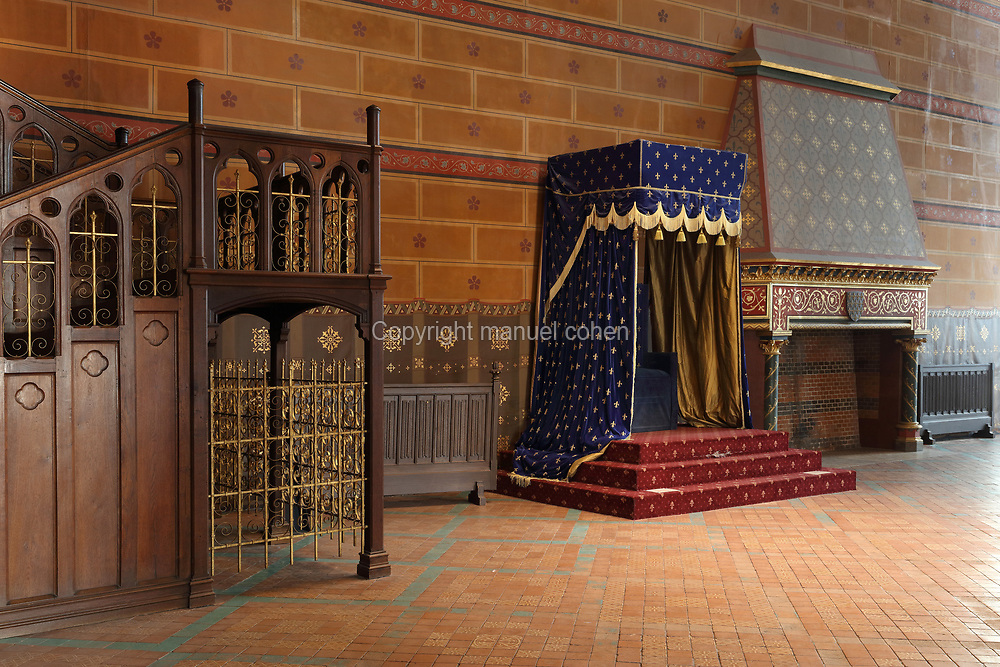