Model of Housesteads Roman fort on Hadrian's Wall, at the Housesteads Roman Fort Museum, Hadrian's Wall, Northumberland, England. The fort is rectangular, with the main administrative buildings in the centre, and barracks, stables and workshops at either side. Housesteads Fort was built in 124 AD and is the most complete Roman fort in Britain, built by legionaries to house 10 centuries of auxiliary soldiers based on the frontier. Hadrian's Wall was built 73 miles across Britannia, now England, 122-128 AD, under the reign of Emperor Hadrian, ruled 117-138, to mark the Northern extent of the Roman Empire and guard against barbarian attacks from the Picts to the North. The Housesteads Roman Fort Museum is run by English Heritage and forms part of the Hadrian's Wall UNESCO World Heritage Site. Picture by Manuel Cohen 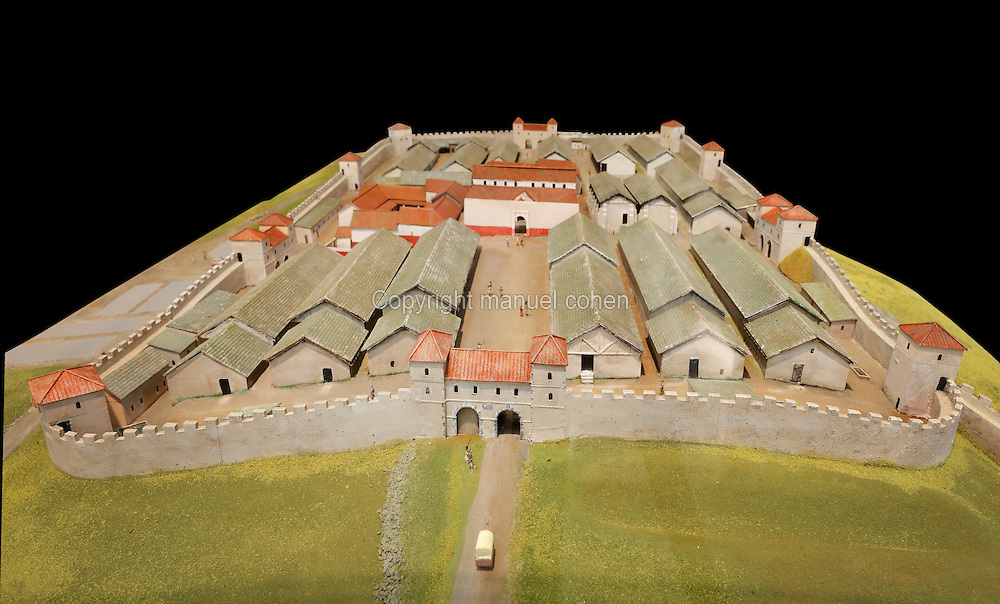