The Alcazaba, the defensive fortress of the Alhambra Palace, Granada, Andalusia, Southern Spain, built under Mohammed I in the 13th century, seen from the San Cristobal viewpoint. In the foreground is the Muralla de la Alcazaba, an 8th century wall protecting El Albayzin, the medieval Moorish old town of Granada. The Alhambra was begun in the 11th century as a castle, and in the 13th and 14th centuries served as the royal palace of the Nasrid sultans. The huge complex contains the Alcazaba, Nasrid palaces, gardens and Generalife. In the distance are the snow-capped peaks of the Sierra Nevada. Picture by Manuel Cohen 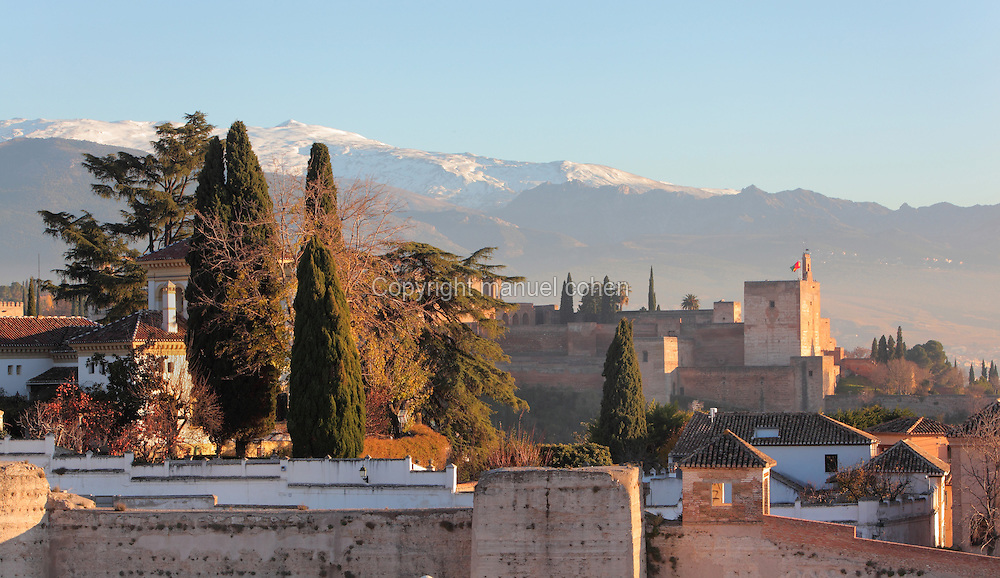