Aerial view of the Murray star shaped maze, designed by Adrian Fisher, in the grounds of Scone Palace, rebuilt 1802-12 by William Atkinson in late Georgian Gothic style, Perthshire, Scotland. The maze is planted with copper and green beech, after the Earl of Mansfield’s family tartan, Ancient Murray of Tullibardine, and is in the shape of a 5 pointed star from the Murray emblem. There was originally a church, then priory, then abbey on this site before it became a home. The palace is now open to the public. Picture by Manuel Cohen 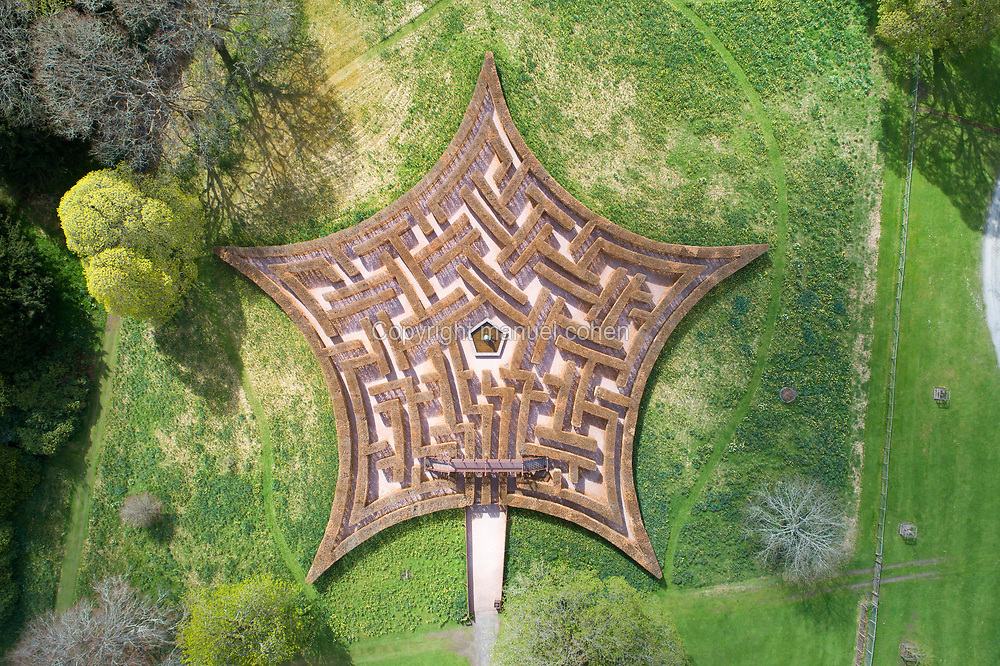