Mobile hanging in the Salle de Bal or Ballroom, now housing a permanent exhibition on Exchanges and Economic Actors, but which originally housed Emilie Gaillard’s collection of medieval art and a 15th century fireplace, in Citeco, Musee de l’Economie, a new interactive museum on the economy, opened June 2019, in the Hotel Gaillard, on the Place du General Catroux, in the 17th arrondissement of Paris, France. The Hotel Gaillard was built 1878-82 by architect Jules Fevrier in Neo Renaissance style for the banker Emile Gaillard, and later became a branch of the Banque de France, when this large room was fitted with art deco counters designed by the Maison Jansen. Later, it became an office used for meetings or training courses and as a reception room. The building is listed as a historic monument. Picture by Manuel Cohen 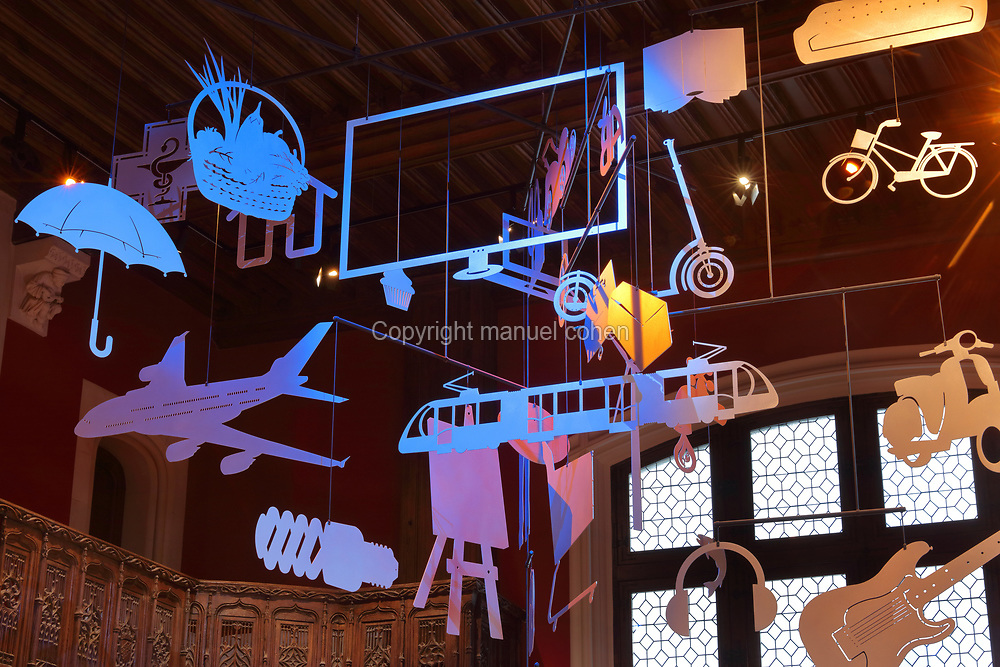