General view of the Khanagha, Chor-Bakr Necropolis, 16th century, Bukhara, Uzbekistan, pictured on July 10, 2010 in the afternoon. The memorial complex of Chor-Bakr, located around the tomb of Abu-Bakr-Said (died 970 AD), and his three brothers, who were descendants of the Prophet Muhammad, was originally commissioned by Abdullah Khan in 1559-63, and further developed by Adullahan II in 1858. Regarded as a Holy site it contains a Mosque, Khanagha and Madrasah and is plain in style. Bukhara, a city on the Silk Route is about 2500 years old. Its long history is displayed both through the impressive monuments and the overall town planning and architecture. Picture by Manuel Cohen. 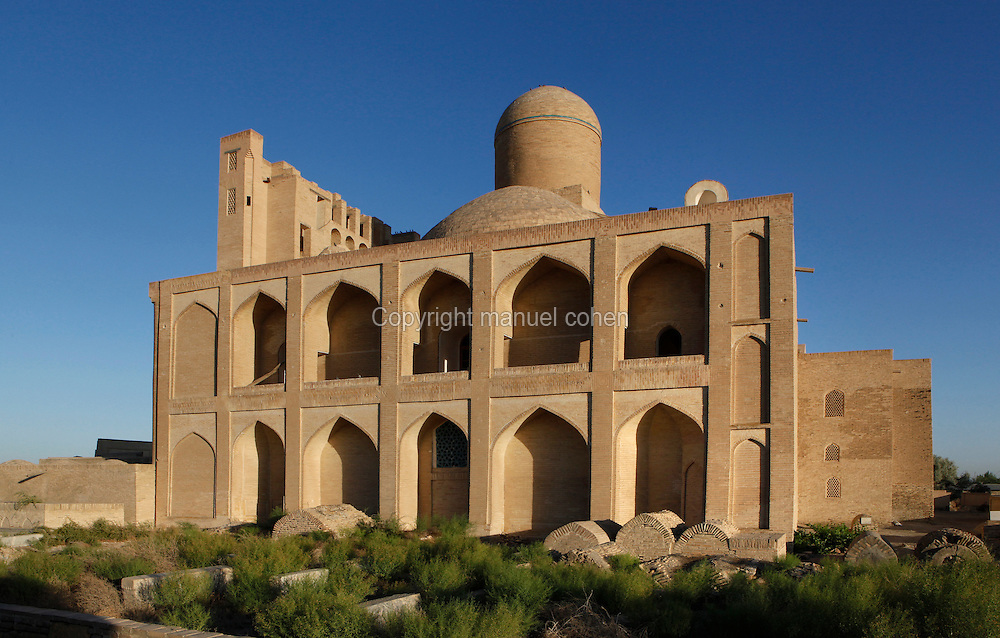