Angels holding phylacteries on a starry sky, painted on the ceiling of the chapel, c. 1450, with cross vaults and decorative bosses, by an unknown artist, possibly Jacob de Littemont and Henri Mullein who worked for the Coeur family, uncovered in the 19th century and restored by Alexandre Denuelle in 1869, in the Palais Jacques Coeur, huge manor house built 1443-51 in Flamboyant Gothic style, on the Place Jacques Coeur, Bourges, France. The angels hold phylacteries with verses of the mysteries of the Virgin Mary. Fulcanelli stated that Jacques Coeur was an alchemist and the Virgin is a traditional hermetic symbol. Jacques Coeur, 1395-1456, was a wealthy merchant and was made master of the mint to King Charles VII in 1438. The building is listed as a historic monument. Picture by Manuel Cohen 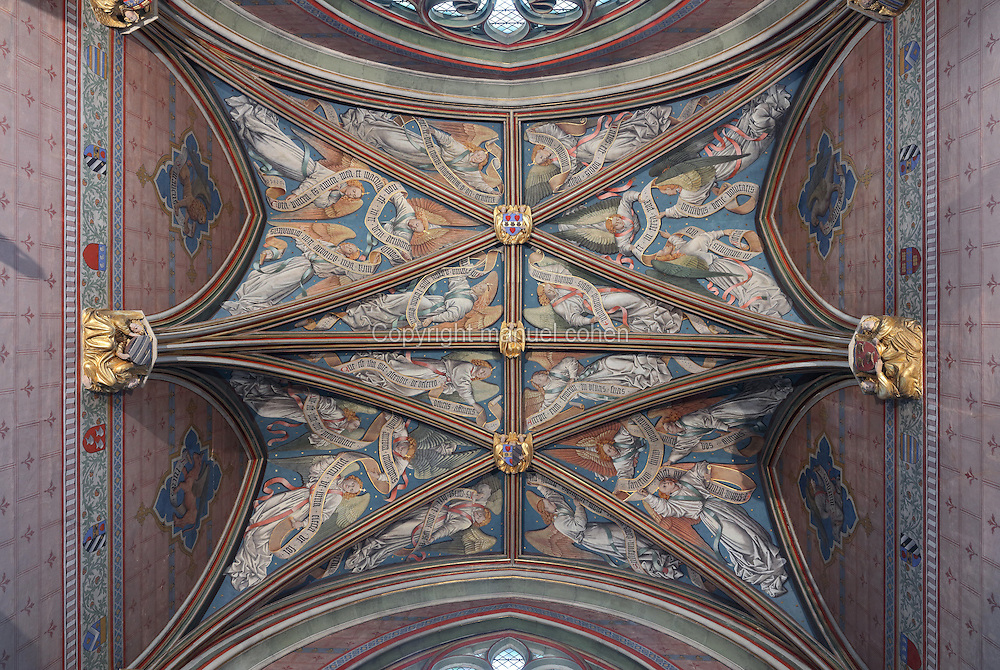