Corbel in the form of a bull's head, 1st - 2nd century AD, from the arch of a monumental building in the Merida Roman Forum, in the Museo Nacional de Arte Romano, or National Museum of Roman Art, designed by Rafael Moneo and built 1981-86, housing Roman collections from the colony of Emerita Augusta, founded in 25 BC by Emperor Augustus, now modern-day Merida, Extremadura, Spain. The Roman remains in Merida are listed as a UNESCO World Heritage Site. Picture by Manuel Cohen 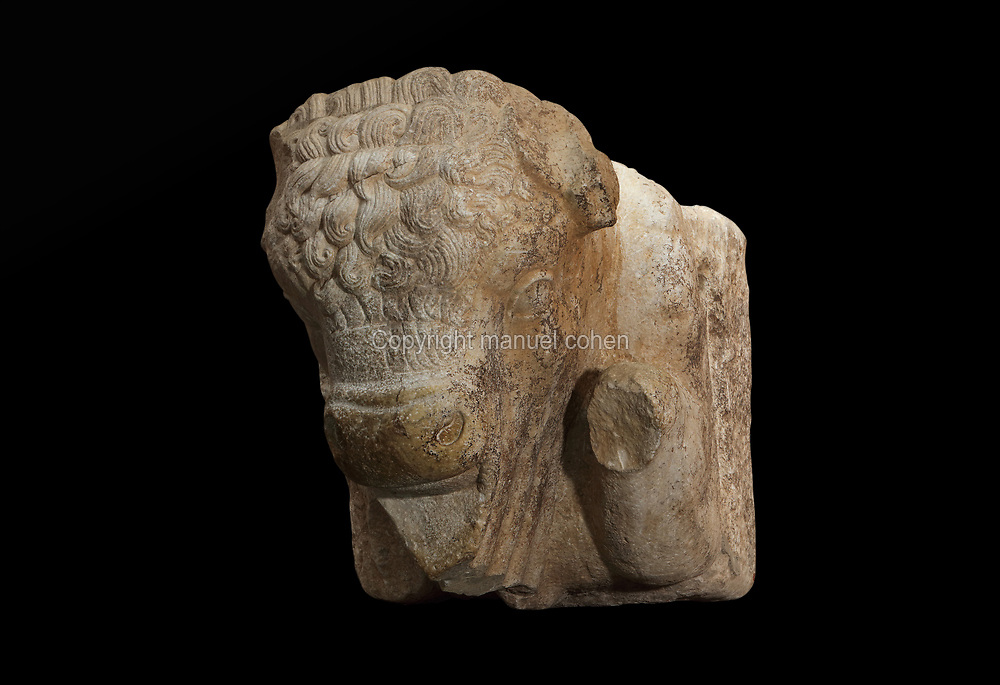