Street art portrait of Pablo Picasso, who lived in Ceret 1911-12, by FAS, 2017, in the village of Ceret, Pyrenees-Orientales, France. FAS completed a series of several portraits of artists around the streets of Ceret, in acrylic paint, which will weather and disappear over time. Ceret is the capital of the historical Catalan comarca of Vallespir. Ceret developed under the Kingdom of Majorca, and was fortified with defensive town walls with 2 gates, the Porte de France and the Porte d'Espagne. In the early 20th century, several artists lived and worked here, including Chagall, Dali, Matisse and Picasso. Picture by Manuel Cohen 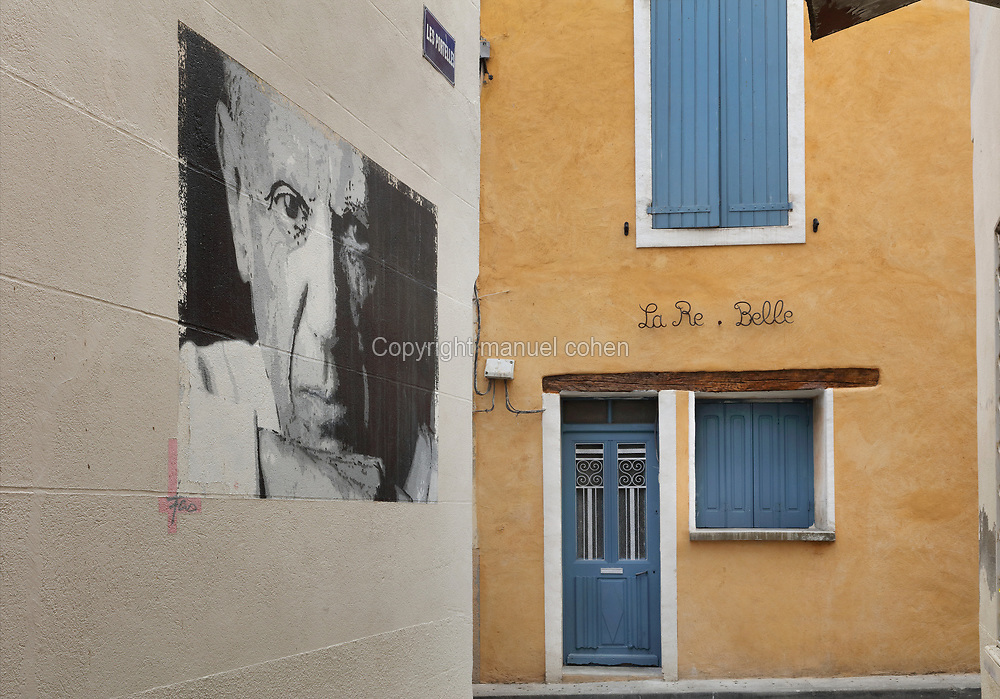