Detail of ceiling of monumental arch, Gur-Emir Mausoleum, 1417-20, Samarkand, Uzbekistan, pictured on July 14, 2010, in the afternoon. Gur-Emir Mausoleum, or Tomb of the Ruler, was built by Timur in 1404 for his favourite grandson, Mohammed Sultan, and became the mausoleum for the Timurid dynasty. Samarkand, a city on the Silk Road, founded as Afrosiab in the 7th century BC, is a meeting point for the world's cultures. Its most important development was in the Timurid period, 14th to 15th centuries. Picture by Manuel Cohen. 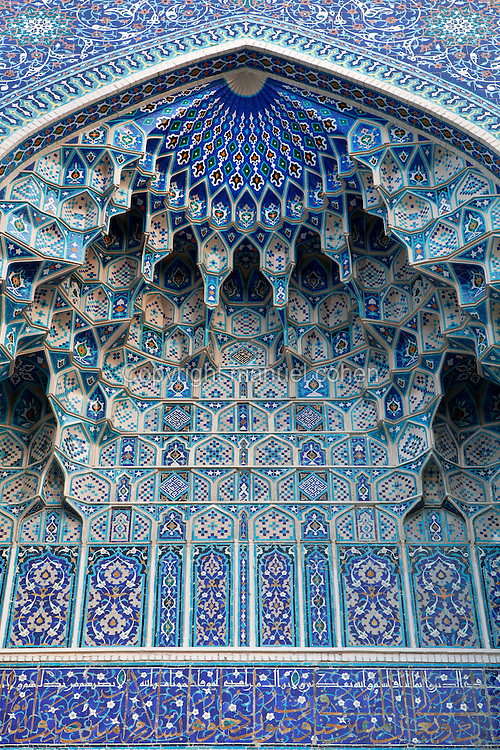