The damned escorted to hell by demons and boiled alive in a cauldron heated by flames from the mouth of the leviathan, sculptural detail from the middle level of the tympanum of the main portal representing the Last Judgement, c. 1230, on the West facade of Bourges Cathedral or the Cathedrale Saint-Etienne de Bourges, built 1195-1230 in French Gothic style and consecrated in 1324, in Bourges, Centre-Val de Loire, France. Devils take the damned, including bishops, monks, kings, peasants and prostitutes, to hell. This level of the tympanum depicts St Michael weighing the souls, with the saved processing to heaven and the damned being led to hell by devils. The cathedral is listed as a UNESCO World Heritage Site. Picture by Manuel Cohen 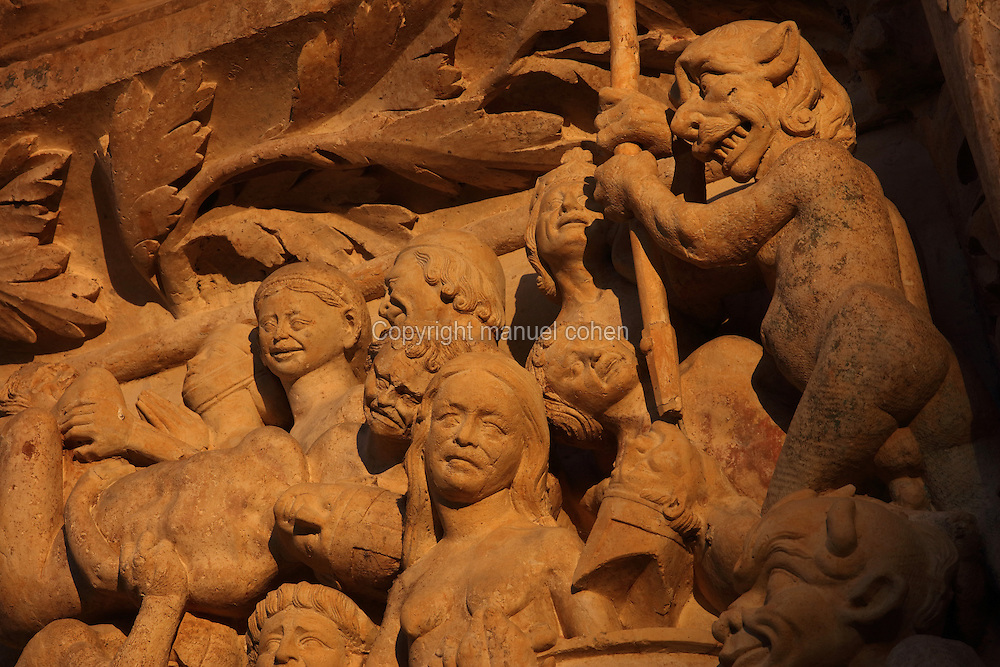