Portrait of His Majesty King Alfonso XIII, 1886-1941, oil painting by Carlos Angel Diaz Huertas, 1866-1937, from the Alcazar de los Reyes Cristianos or Palace of the Catholic Kings, in Cordoba, Andalusia, Southern Spain. The alcazar was rebuilt during the Umayyad Caliphate in the 10th century and used as a royal fortress by the Moors and the Christians, as a base for the Spanish Inquisition, and as a prison. The alcazar is a national monument of Spain, and the historic centre of Cordoba is listed as a UNESCO World Heritage Site. Picture by Manuel Cohen 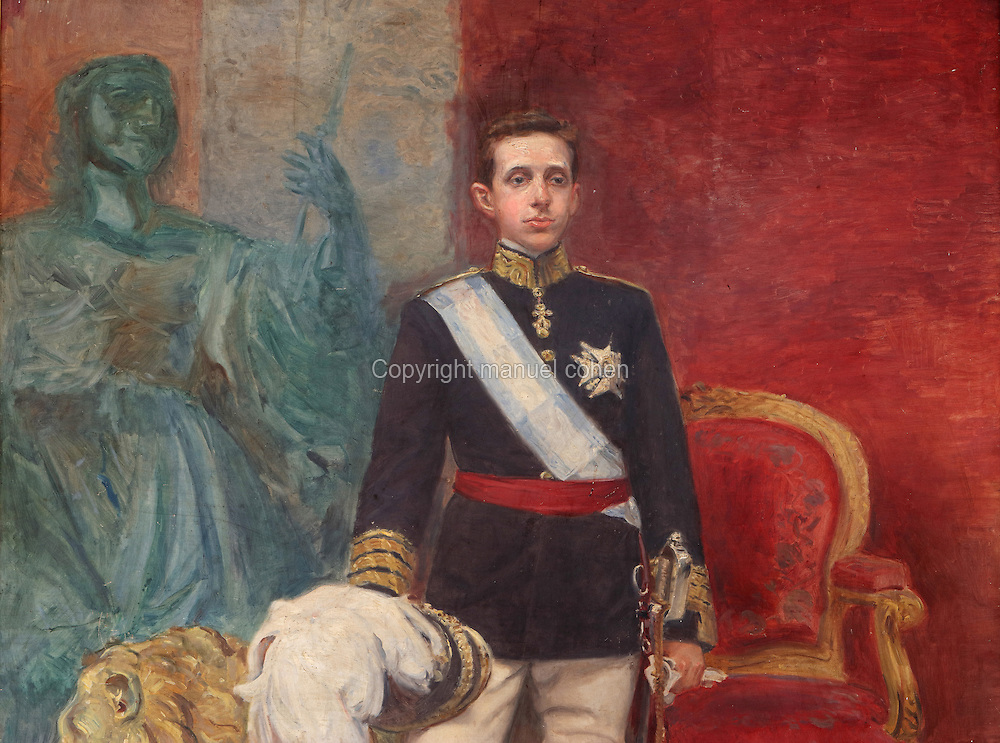