Detail of oarsmen from the high relief of a French 15th century galley, from the Chambre des Galees, or Room of the Galleys, in the Palais Jacques Coeur, huge manor house built 1443-51 in Flamboyant Gothic style, on the Place Jacques Coeur, Bourges, France. This was the private bedroom of Jacques Coeur, within his private apartment, with decoration based on his fleet, originally furnished with a large bed, small bed, large wooden chest, sideboard, trestle table, bench and a tapestry of galleys bearing his motto. Jacques Coeur, 1395-1456, was a wealthy merchant and was made master of the mint to King Charles VII in 1438. Fulcanelli stated that Jacques Coeur was an alchemist and it is believed that the ships in this room may also be hermetic symbols, representing the ego and death. It may also refer to the Argonauts. The building is listed as a historic monument. Picture by Manuel Cohen 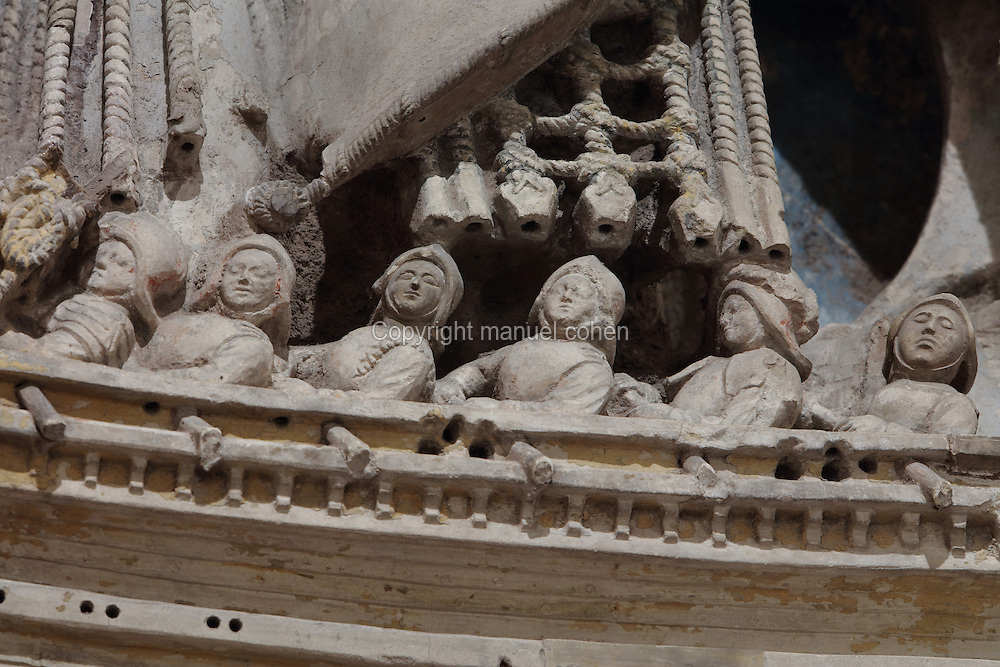