Marble sarcophagus of Queen Louise of Mecklenburg, wife of King Frederick Wilhelm III, in her mausoleum designed by Heinrich Gentz after her death in 1810 and later extended by Karl Friedrich Schinkel, in the grounds of the Schloss Charlottenburg or Charlottenburg Palace, built 1695-1713, Charlottenburg, Charlottenburg-Wilmersdorf, Berlin, Germany. The original palace was commissioned by Sophie Charlotte, wife of Friedrich III, and was occupied by Prussian rulers until the late 19th century. After being badly damaged in the war, the palace was restored and is now a major tourist attraction. Picture by Manuel Cohen 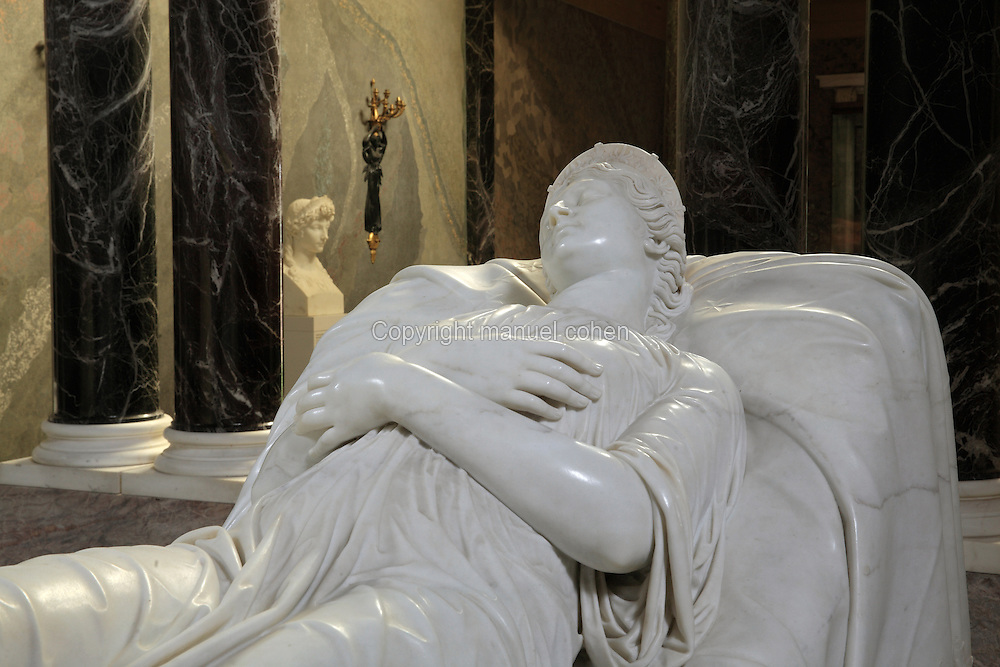