High angle view of the cloister and its tall cypresses, Monestir de Poblet, 1151, Vimbodi, Catalonia, Spain, pictured on May 20, 2006, in the afternoon. Tower of the Cistercian Abbey visible in the background. The Monastery of Poblet belongs to the Cistercian Order and was founded by French monks. Originally, Cistercian architecture, like the rules of the order, was frugal. But continuous additions including late Gothic and Baroque, eventually made Poblet one of the largest monasteries in Spain which was later used as a fortress and royal palace. It was closed in 1835 by the Spanish State but refounded in 1940 by Italian Cistercians. It is a UNESCO World Heritage Site. Picture by Manuel Cohen. 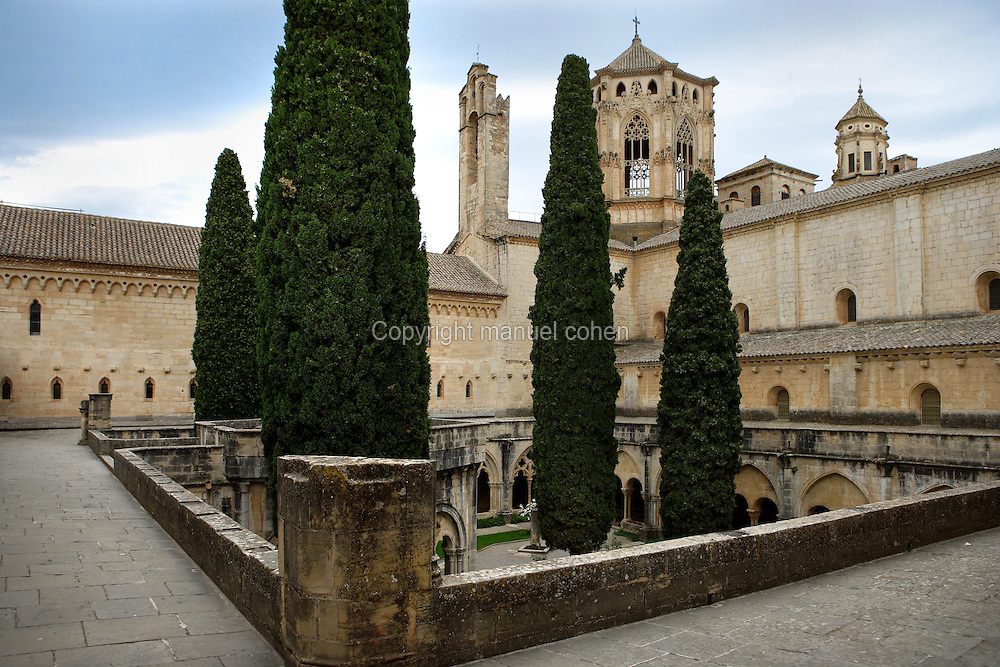