The Fort National at high tide, designed by Vauban, 1633-1707, and built 1689-93 on the L'Ilette tidal island to defend the port of the walled city of Saint-Malo, on the coast of Brittany, North West France, seen from the city's ramparts. The city was rebuilt 1948-60 after being largely destroyed during World War Two. It is a port which has traditionally been home to the corsairs, French privateers and sometimes pirates, and is heavily fortified with ramparts, a castle, fort and fortified tidal islands. Picture by Manuel Cohen 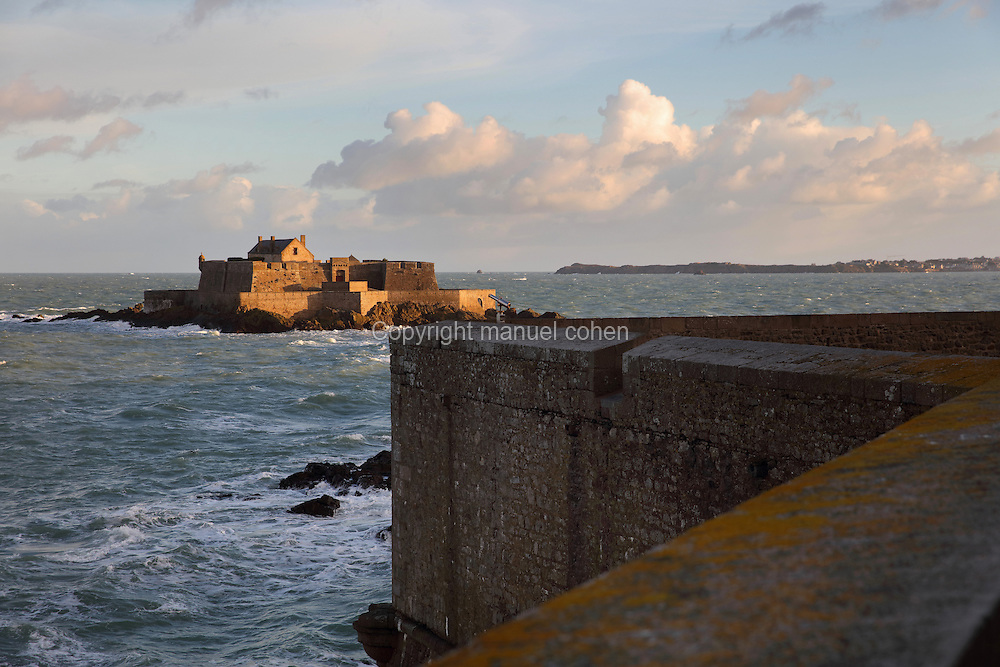