Standing stone from one of the Avebury stone circles, constructed in the 3rd millennium BC, in the Neolithic era, at Avebury, Wiltshire, England. The stone circles and henge are thought to have a religious or ritual purpose. The site is managed by the National Trust and is a Scheduled Ancient Monument and part of a UNESCO World Heritage Site. Some people say the monument was built in mediaeval times to commemorate the last battle of the legendary King Arthur, and that his warriors are buried there. Picture by Manuel Cohen 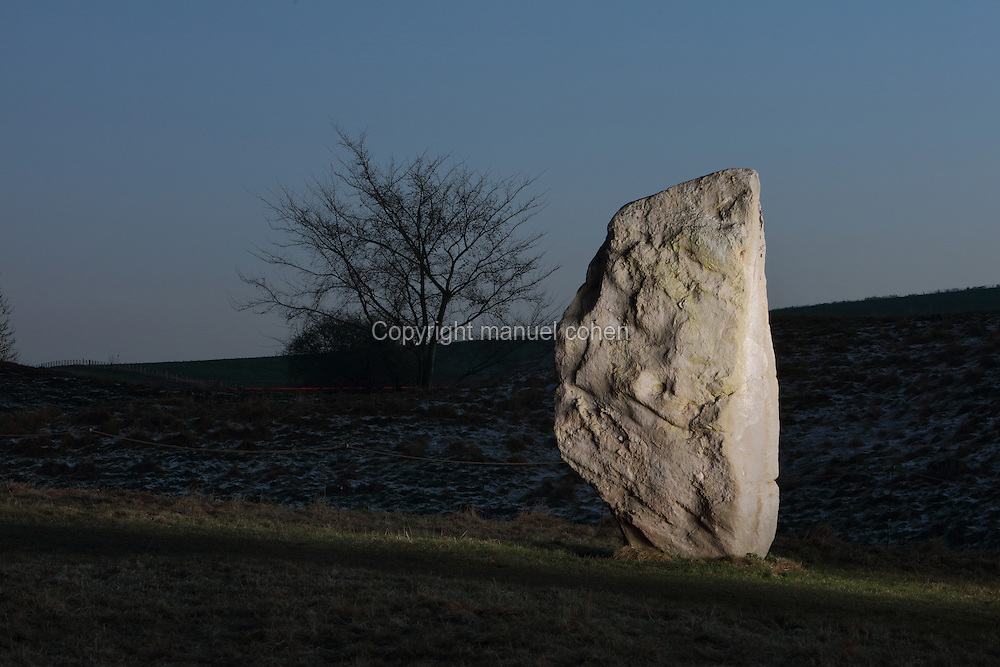