Roman bridge over the Guadiana River, built 1st century BC, on the Decumanus maximus at Emerita Augusta, founded in 25 BC by Emperor Augustus, in Merida, Extremadura, Spain. The bridge is in a defensive site, marking the entrance to the city from the south west, has 62 spans and is 790m long in total, and is the oldest ancient bridge in the world. On the left is the Alcazaba of Merida, a Moorish fortification built by emir Abd ar-Rahman II of Cordoba in 835. Both form part of the Merida UNESCO World Heritage Site. Picture by Manuel Cohen 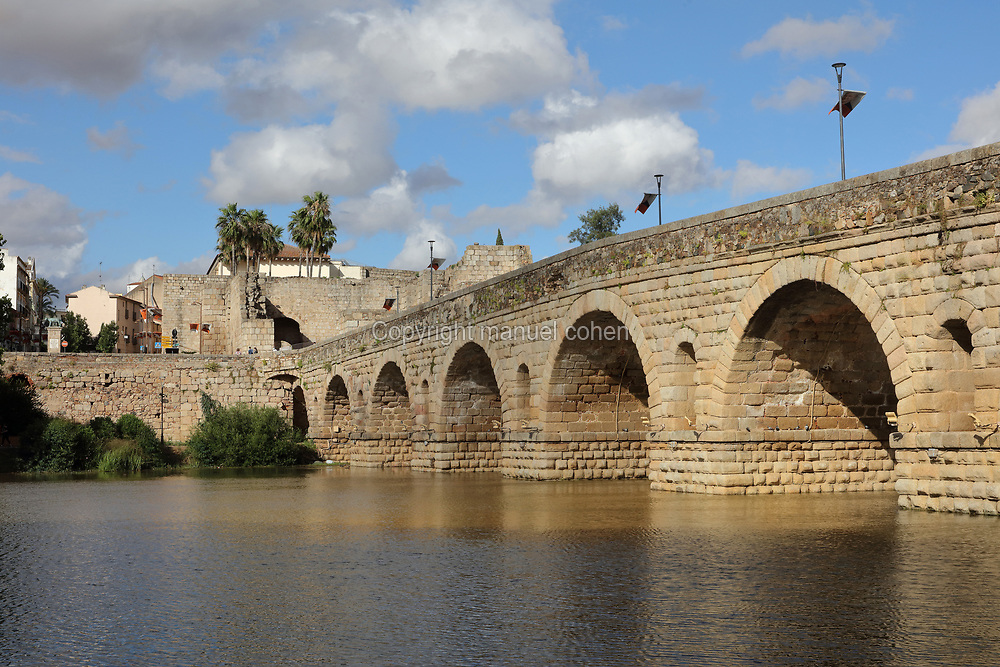