Cave dwellings cut into the tuff or volcanic rock above Urgup on Temenni Tepesi or Wish Hill, in Nevsehir province, Cappadocia, Central Anatolia, Turkey. Urgup was one of the first areas to be settled in the region and is now a tourist centre and home to the Cappadocian wine trade. Many of the houses here are built in or above caves cut into the soft volcanic rock. This area forms part of the Goreme National Park and the Rock Sites of Cappadocia UNESCO World Heritage Site. Picture by Manuel Cohen 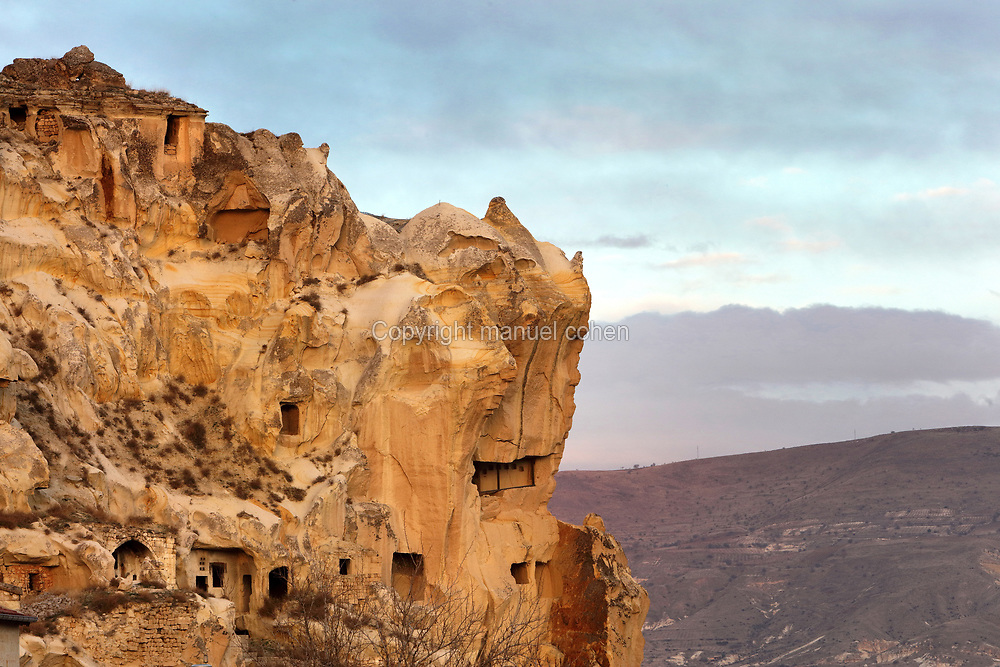