Stone statue in front of the wooden Baroque altarpiece by School of Alejandro Saavedra, in the Capilla de Santa Catalina, (St Catherine's Chapel), dedicated to St Catherine of Alexandria, built late 17th century and inaugurated in 1693, in the grounds of the Castillo de Santa Catalina, Cadiz, Andalusia, Southern Spain. The castle was built in 1596 as a defensive fortress and is now a cultural and art exhibition centre. Cadiz is one of the oldest cities in Europe, founded by the Phoenicians in 1100 BC, and later became a Carthaginian then a Roman city, and Spain's constitution was signed here in 1812. It is situated on a peninsula on the Costa de la Luz. Picture by Manuel Cohen 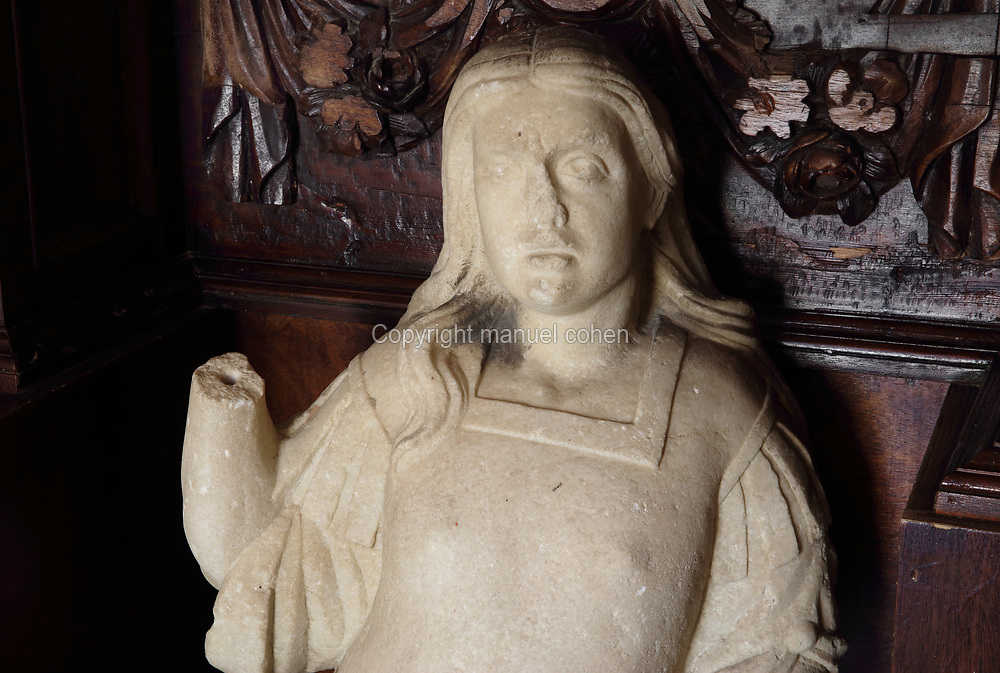