Parador de Tortosa, aerial view, or Zuda Castle, now a hotel, river Ebro and view over the town of Tortosa, Catalonia, Spain. Built in the 10th century under caliph Abderraman III, it was taken by Ramon Berenguer IV in 1148. Subsequently, the castle became a prison, was owned by the House of Montcada and by the Templars and was a royal palace under King Jaume I. On the left is the Cathedral of St Mary, built 1347-1757, designed by Benito Dalguayre in Catalan Gothic style and with an 18th century Baroque facade. Picture by Manuel Cohen 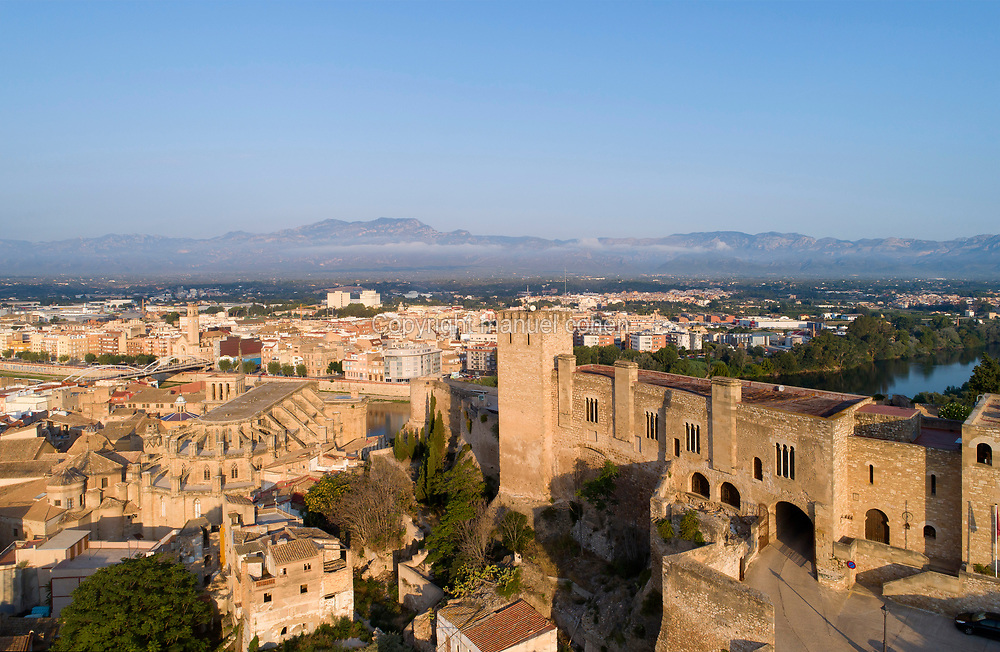