The Speech of St Stephen, with the saint speaking to people in the Greek language, aided by the holy spirit above, from the predella of the Retaule de l'Esperit Sant (Retablo del Espiritu Santo), or Altarpiece of the Holy Spirit, 1394, by Pere Serra, a Catalan artist, with 22 scenes and 36 figures of saints, in the Colegiata Basilica de Santa Maria, or Collegiate Basilica of Santa Maria, also known as La Seu, built in Gothic style by Berenguer de Montagut, from 1328 until 1486, around an existing 11th century Romanesque church, Manresa, Catalonia, Spain. The altarpiece was commissioned by the Guild of Tanners and contains scenes of the Holy Spirit and Life of Christ, with a predella originally from a different altarpiece (dedicate to St Anthony and disappeared), with the Lamentation, 1410, by Lluis Borrassa. Picture by Manuel Cohen 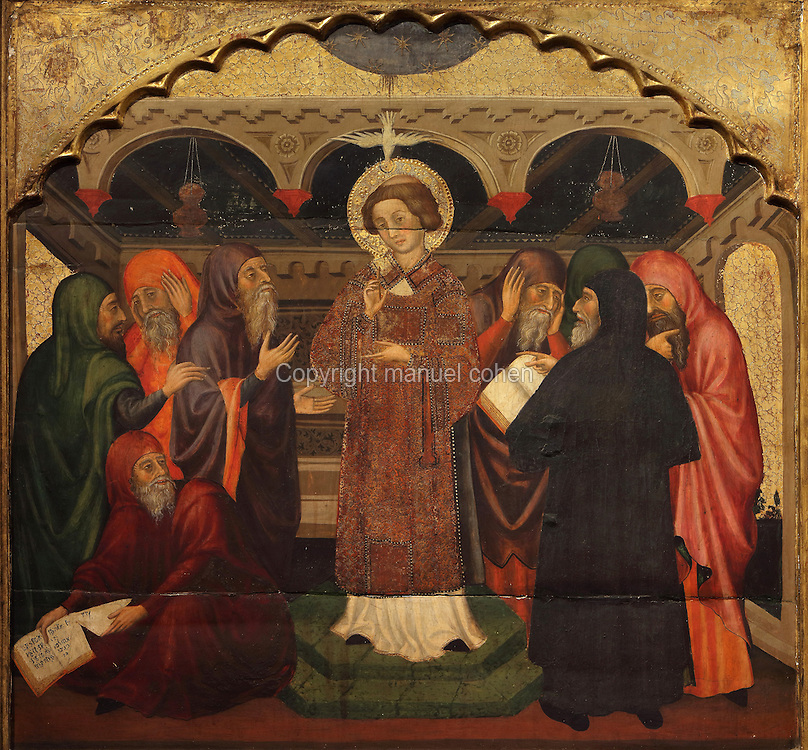