Grave carved with geometric designs and a Hebrew inscription indicating this person had no descendants, in the Jewish or Castilian cemetery, begun after 1492 when the Jewish community of Tetouan reformed with Jews exiled from Castile, containing 35,000 graves, outside the walls of the medina or old town of Tetouan, on the slopes of Jbel Dersa in the Rif Mountains of Northern Morocco. There are 3 cemeteries on this hill; the Muslim cemetery, the Jewish cemetery and the Spanish Catholic or Christian cemetery. Tetouan was of particular importance in the Islamic period from the 8th century, when it served as the main point of contact between Morocco and Andalusia. After the Reconquest, the town was rebuilt by Andalusian refugees who had been expelled by the Spanish. The medina of Tetouan dates to the 16th century and was declared a UNESCO World Heritage Site in 1997. Picture by Manuel Cohen 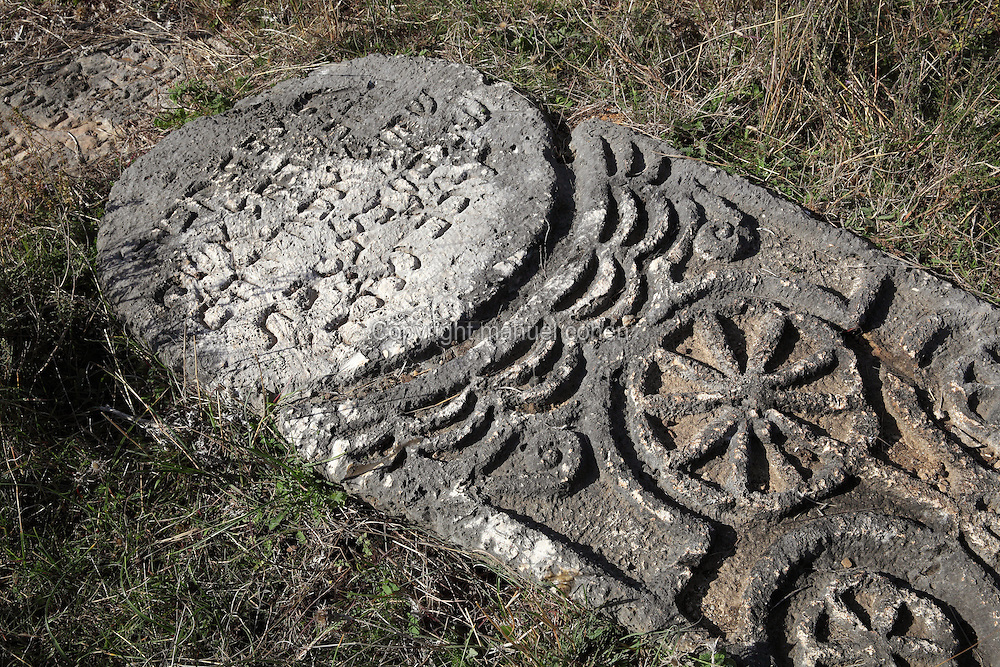