Nave and apse of church at Fontenay Abbey, Marmagne, Cote d'Or, France. This Cistercian abbey was founded by Saint Bernard of Clairvaux in 1119, built in the Romanesque style. The abbey itself housed 300 monks from 1200, but was sacked during the French Revolution. The church was built 1139-47 and was dedicated by Pope Eugene III in 1147. It is the oldest Cistercian church in France. The nave is undecorated, with large barrel vaults with pointed stone arches. The ribs curve down to solid clusters of columns forming pillars that open onto the sides aisles. At the end we see the flat-ended apse or chevet with its windows and reredos. Picture by Manuel Cohen 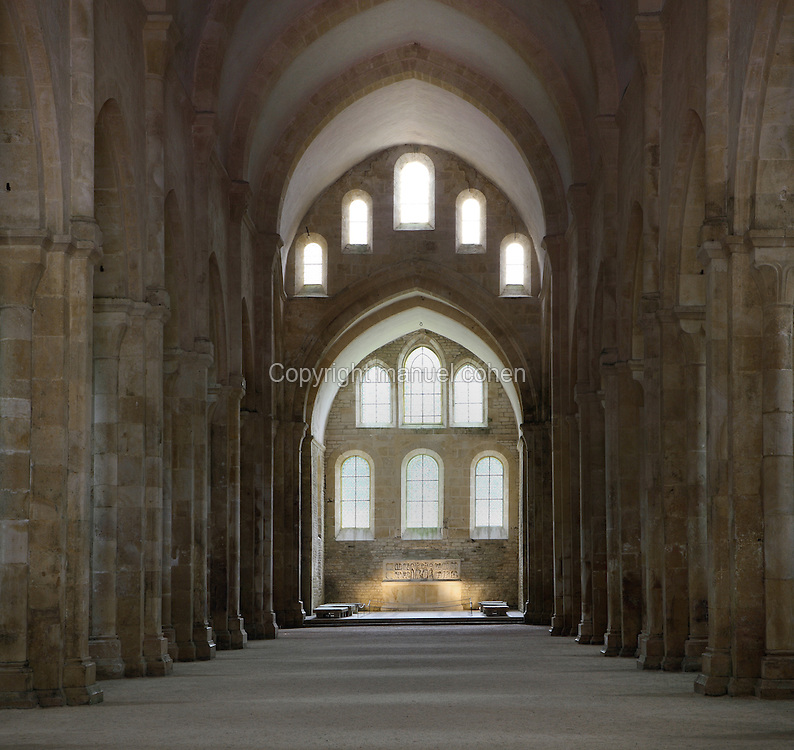