Letter stamped Confidential and dated 6th December 1943, regarding the organisation of Special Services, from Henri Giraud, Commander in Chief of French Armed Forces, to General de Gaulle, President of the Comite d'Action en France, who jointly set up the Comite Francais de la Liberation Nationale, or French Committee of National Liberation or CFLN, a provisional government of Free France, from the collection of the Service Historique de La Defense, at the Chateau de Vincennes, Vincennes, Paris, France. The collection includes documents of the Vichy government detailing spying activities of the French Secret Services on the German Nazi regime. The Centre Historique des Archives at Vincennes forms part of the SHD, which stores the archives of the Ministry of Defence and its armed forces. It was set up by decree in 2005. Picture by Manuel Cohen 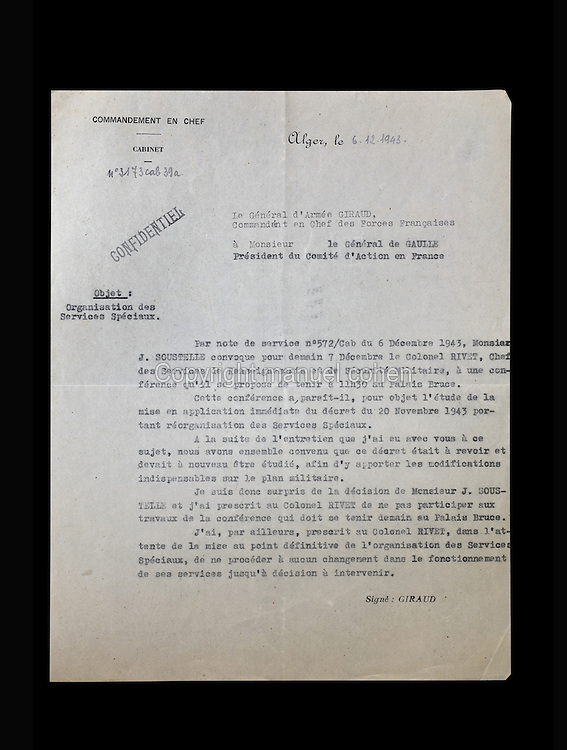