Sculpted stone head of Christ above a sator square with a tau cross, representing St Anthony, in the Hermitage of St Anthony of Galamus in the Gorges de Galamus, between Saint-Paul-de-Fenouillet, Pyrenees-Orientales, Catalogne du Nord, and Cubieres sur Cinoble, Aude, Occitanie, France. The hermitage was built in the 14th century as a place of solitude for Franciscan monks, who had originally secluded themselves in caves in the gorge walls. It was then developed further in the 19th century by Pere Marie. The gorge is about 2 miles long and 500m deep, carved by the Agly river through the limestone. Picture by Manuel Cohen 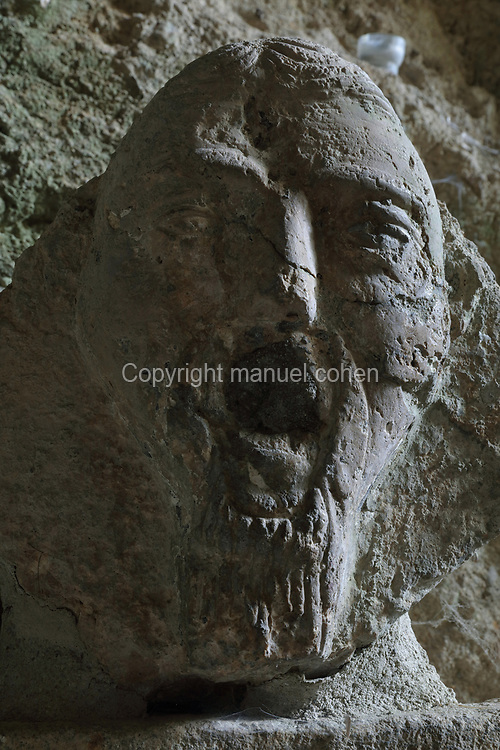