Chateau Royal and harbour, in the village of Collioure, aerial view, Pyrenees-Orientales, Catalogne du Nord, France. The castle building contains remnants of castles built by the Templars, the Kings of Majorca, the Habsburgs and the Bourbons, from 12th - 17th centuries. In the 20th century it became a prison and a detainment camp. It is now a tourist attraction and historic monument. Collioure is a small town depicted by many artists in the 20th century, on the Vermilion Coast near the Spanish border. Picture by Manuel Cohen 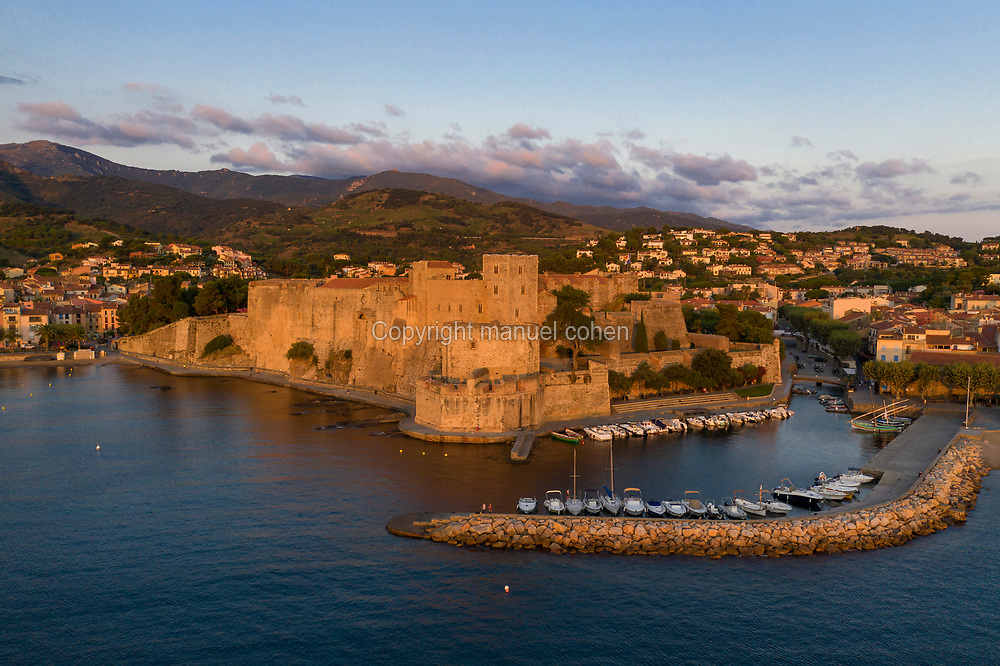