Entrance to the Capilla Real or Royal Chapel of Granada, built 1505-17 in Gothic style adjacent to Granada Cathedral or the Cathedral of the Incarnation, a mausoleum housing the remains of the Catholic monarchs, Granada, Andalusia, Southern Spain. In 1521, the remains of Ferdinand and Isabella were interred here, and later, their daughter Juana I, her husband Felipe I and their son Miguel da Paz. Granada was listed as a UNESCO World Heritage Site in 1984. Picture by Manuel Cohen 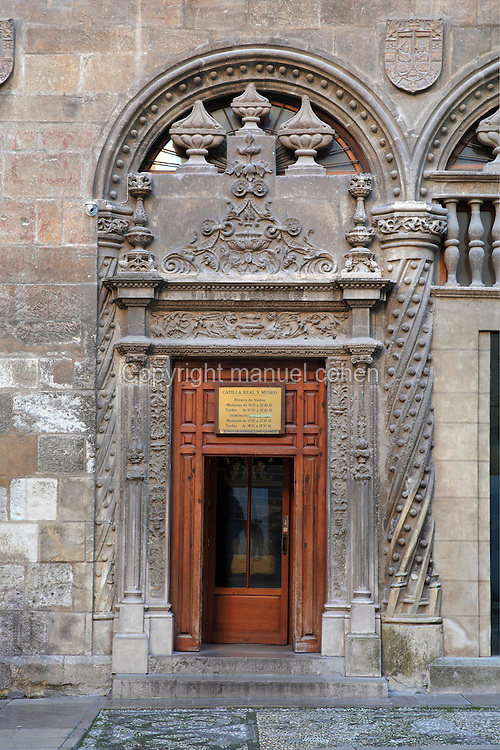