General view of Chora Museum or Church of the Holy Saviour in Chora (Kariye Muzesi, Kariye Camii, Kariye Kilisesi), 11th century, Istanbul, Turkey. The first church on this site was built in the 4th century. The interior was restored and richly decorated with mosaics and frescoes in the early 14th century by Theodore Metokhites, Grand Logothete of the Treasury. When the church was converted into a mosque in the 16th century, the Byzantine mosaics were covered in plaster. American archaeologists uncovered the mosaics and the church-turned-mosque became a secular museum in 1947. The historical areas of the city were declared a UNESCO World Heritage Site in 1985. Picture by Manuel Cohen. 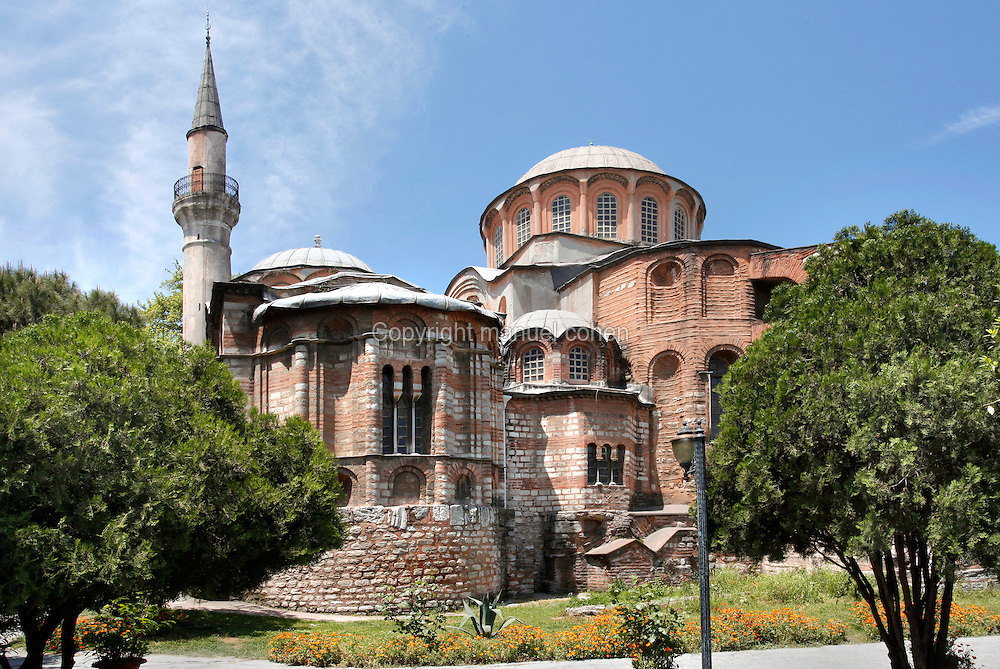