Marble font, 18th century, with 16th century Gothic frescoes behind, in the Baptismal Chapel or Chapelle des fonts baptismaux or Chapelle de Sainte Cecile, in the Cathedrale Saint-Pierre de Beauvais or Cathedral of St Peter of Beauvais, an incomplete Gothic Roman Catholic cathedral consecrated in 1272, Beauvais, Oise, Picardy, France. The cathedral consists only of a transept built in the 16th century and choir, with apse and 7 polygonal apsidal chapels from the 13th century. It was listed as a historic monument in 1840. Picture by Manuel Cohen 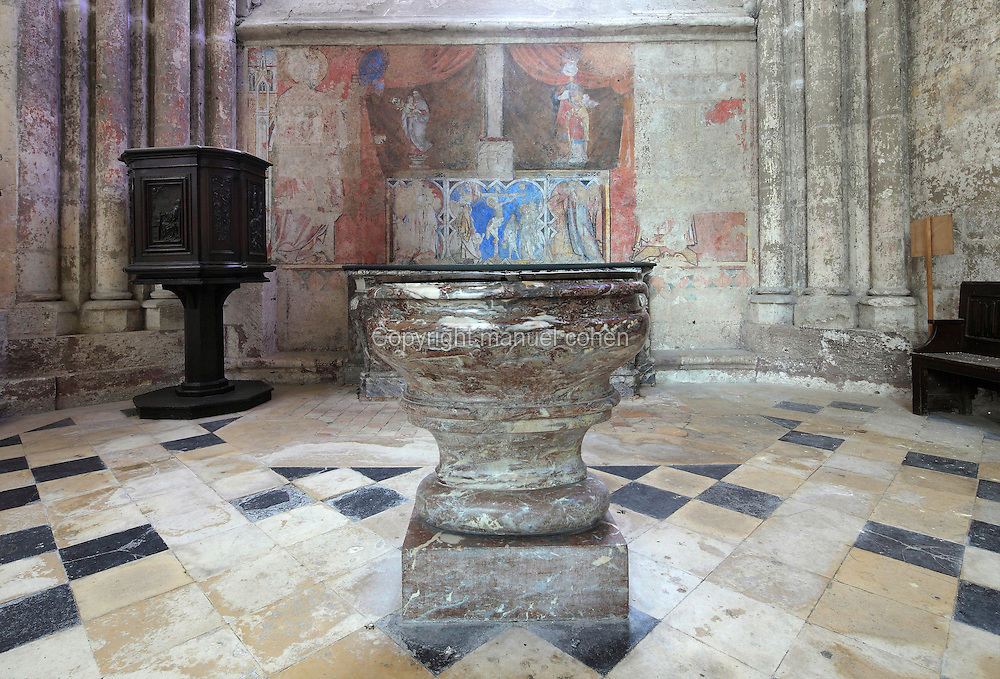