General view of interior with Bimah in background, Ibn Danan Synagogue, 17th century, Fez, Morocco, pictured on February 21, 2009 in the morning. The Ibn Danan Synagogue is a plainly decorated building with an interior of plaster-coated masonry, a beamed and painted wooden ceiling and walls wainscotted with blue figured Moroccan tiles. The carved wooden Torah Ark stretches the length of one wall which is decorated with intricately carved plaster work above the Ark. Opposite is a raised alcove, originally a seating area for distinguished members of the congregation, shielded by a carved wooden screen leading to the bimah which is topped by a wrought iron canopy with Islamic arches, floral decoration, and a crown. The synagogue was restored in the 1870s and 1990s. Fez, Morocco's second largest city, and one of the four imperial cities, was founded in 789 by Idris I on the banks of the River Fez. The oldest university in the world is here and the city is still the Moroccan cultural and spiritual centre. Fez has three sectors: the oldest part, the walled city of Fes-el-Bali, houses Morocco's largest medina and is a UNESCO World Heritage Site; Fes-el-Jedid was founded in 1244 as a new capital by the Merenid dynasty, and contains the Mellah, or Jewish quarter; Ville Nouvelle was built by the French who took over most of Morocco in 1912 and transferred the capital to Rabat. Picture by Manuel Cohen. 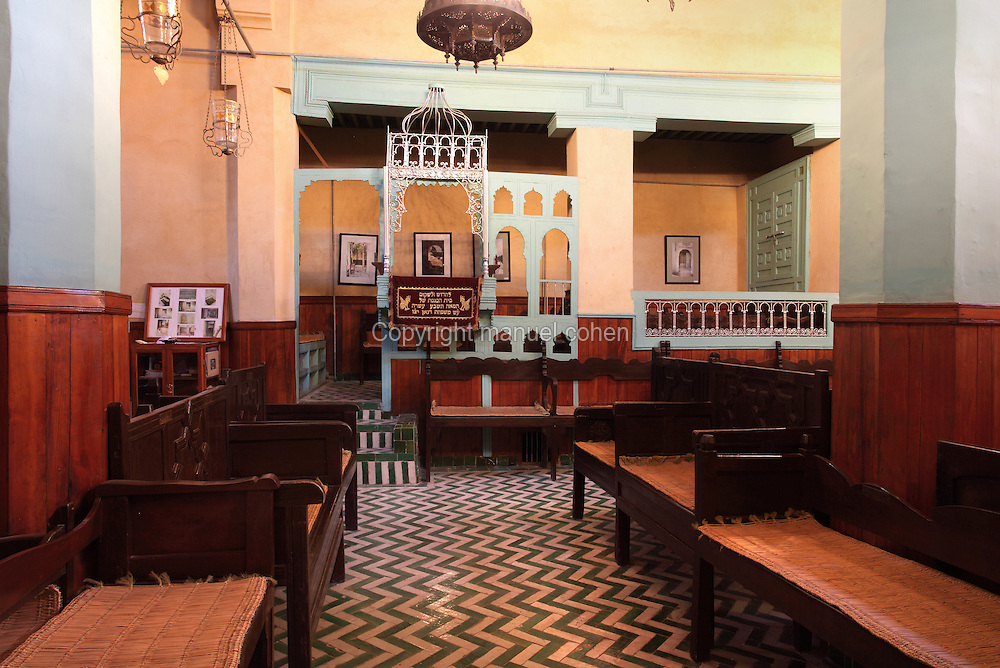