The Spanish Synagogue or Spanelska synagoga, a Moorish Revival synagogue built in 1868 to the design of Vojtech Ignatz Ullmann, in the Jewish quarter or Josefov, Prague, Czech Republic. The tripartite facade has a tall central section flanked by lower wings on each side and is topped by a pair of domed turrets. The building is owned by the Jewish Museum of Prague, and is used as a museum and concert hall. The historic centre of Prague was declared a UNESCO World Heritage Site in 1992. Picture by Manuel Cohen 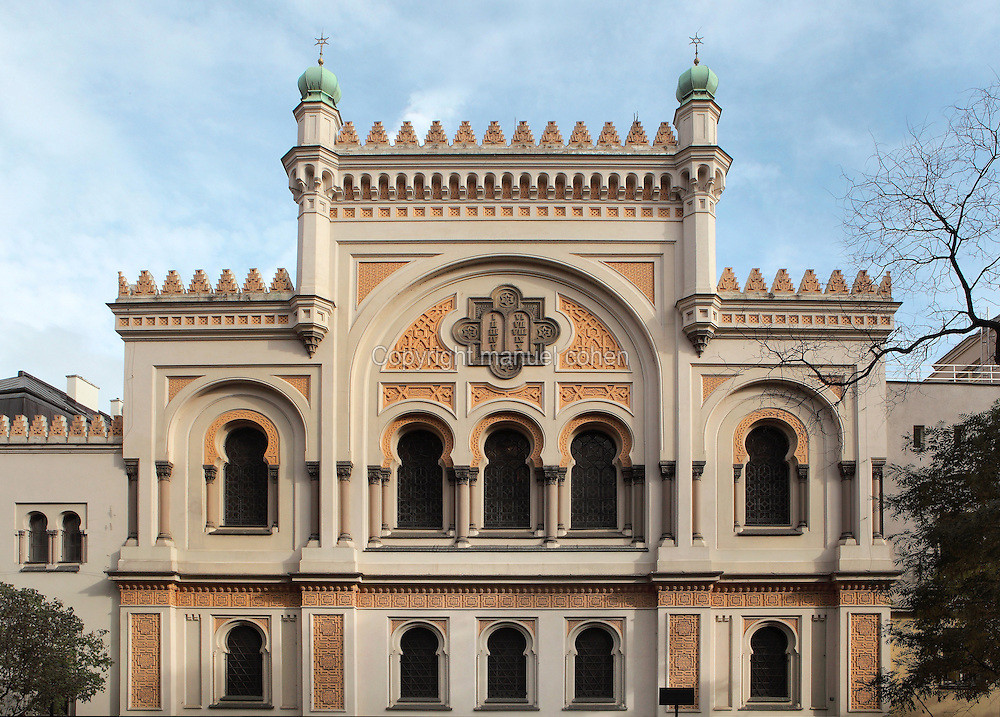