Architectural detail of the Puerta de San Jose, one of the East facade entrances to the Cathedral-Great Mosque of Cordoba, on the Calle del Magistrado Gonzalez Frances in Cordoba, Andalusia, Southern Spain. This section shows a horseshoe arch with red brick and intricately carved vegetal patterns, with an inscription in kufic script. The Moorish gate is named after St Joseph, whose chapel is on the other side of the door, and was restored in 1913 by Ricardo Velazquez Bosco. The first church built here by the Visigoths in the 7th century was split in half by the Moors, becoming half church, half mosque. In 784, the Great Mosque of Cordoba was begun in its place and developed over 200 years, but in 1236 it was converted into a catholic church, with a Renaissance cathedral nave built in the 16th century. The historic centre of Cordoba is listed as a UNESCO World Heritage Site. Picture by Manuel Cohen 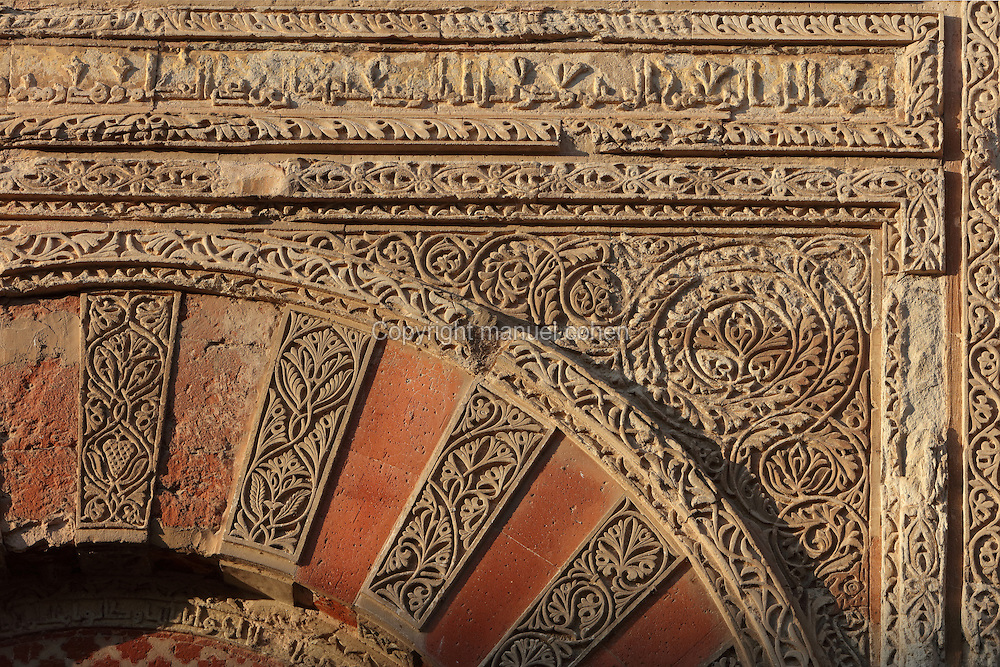