Bastion terrace with Moorish bartizan turrets and cannon holes at the Torre de Belem or Belem Tower, built in the 16th century by Francisco de Arruda under King John II as part of a defence system at the mouth of the river Tagus and a ceremonial gateway to the city, Santa Maria de Belem, Lisbon, Portugal. The limestone tower is built in Late Gothic Manueline style, and consists of a bastion and 4 storey tower. It is listed as a UNESCO World Heritage Site due to its important role during the Portuguese Age of Discoveries. Picture by Manuel Cohen 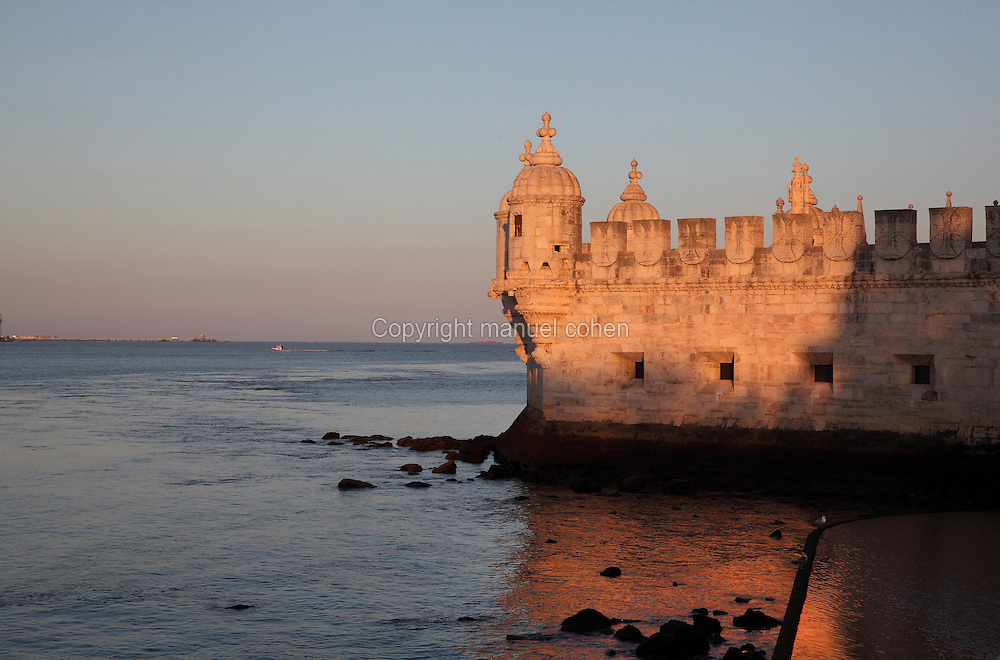