Relief of a winged celestial nymph, queen of the heavens, on the lintel of the monumental fireplace, 15th century, in the Cabinet des Echelons or Councillor’s Chamber, in the Palais Jacques Coeur, huge manor house built 1443-51 in Flamboyant Gothic style, on the Place Jacques Coeur, Bourges, France. The relief is seen here from the Salle du Tresor on the floor above. Fulcanelli stated that Jacques Coeur was an alchemist and it is believed that some of these symbols refer to alchemy, including some of those which have been removed from this relief - hearts (Coeur) and shell (coquille Saint-Jacques) with crosses, a section of phylactery with an inscription and plants. Jacques Coeur, 1395-1456, was a wealthy merchant and was made master of the mint to King Charles VII in 1438. The building is listed as a historic monument. Picture by Manuel Cohen 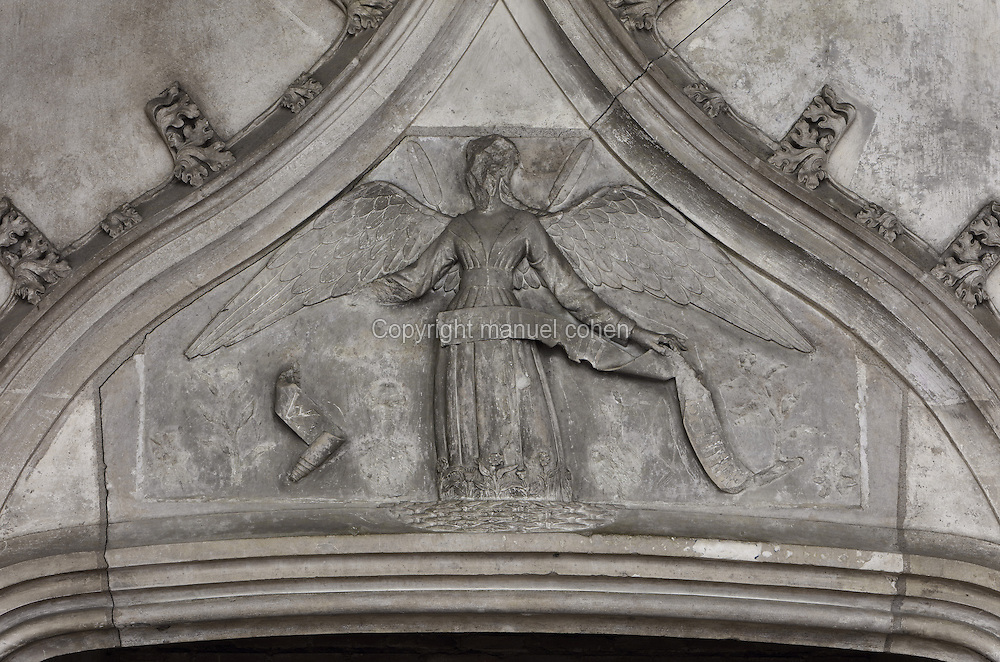