Palm motif and blessing hand, carved into the facade beside the lintel, 1019-20, Romanesque sculpture in white marble, forming part of the portal on the facade of the abbey church of St Michael, now the parish church of Saint-Genis-des-Fontaines, consecrated 1153, in the Abbaye de Saint-Genis-des-Fontaines, Pyrenees-Orientales, France. The lintel, originally an altar support, was commissioned by abbot Guillaume in the 11th century and is a bas-relief of Christ in Majesty in a mandorla with 2 archangels and figures in arched niches, and a latin inscription to King Robert II the Pious of France. The Benedictine monastery was founded 778-80 by abbot Sentimirus, rebuilt in the 10th century and sacked in the French Revolution. The abbey is listed as a historic monument. Picture by Manuel Cohen 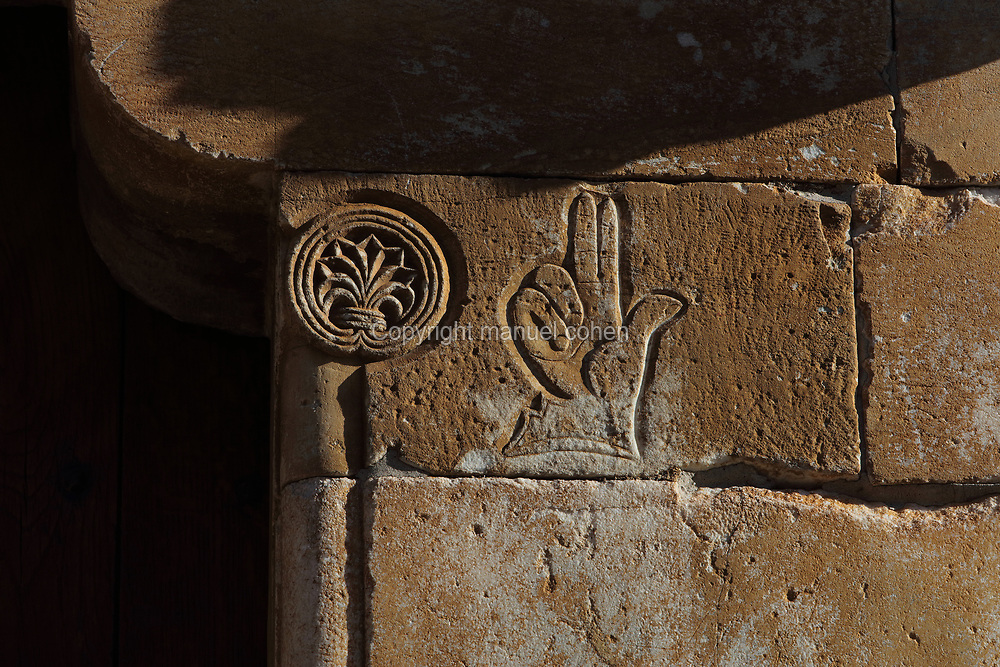