Inside the Sarajevo Tunnel or Tunel Spasa, built May 1992 - November 1995 during the Siege of Sarajevo during the Yugoslav War by the Bosnian army, to link the besieged Sarajevo city to Bosnian and UN held areas outside the city, Sarajevo, Bosnia and Herzegovina. Arms, food and humanitarian aid passed through the tunnel, and people could also escape the city. The building and tunnel are now preserved as the Sarajevo Tunnel Museum. Picture by Manuel Cohen 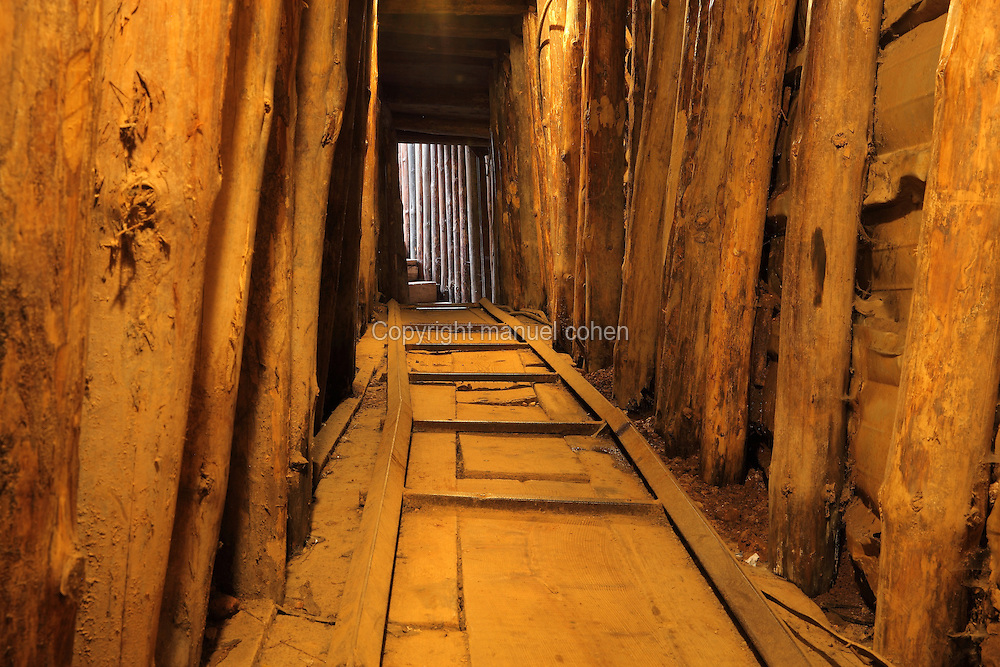