View from the front of doorway and decorated walls, Bou Inania Madrasa, Fez, Morocco, pictured on February 22, 2009 in the evening. The Bou Inania Madrasa was founded as a boarding school and mosque in AD 1351-56 by Abu Inan Faris, also the founder of the Bou Inania Madrasa in Meknes, and holds the status of Grand Mosque. A fine example of Marenid architecture with its intricate plasterwork, carved cedar and decorated tiles or zellij it is the only mosque in Fez open to non-Muslim visitors. It was renovated in the 18th and 20th centuries. Fez, Morocco's second largest city, and one of the four imperial cities, was founded in 789 by Idris I on the banks of the River Fez. The oldest university in the world is here and the city is still the Moroccan cultural and spiritual centre. Fez has three sectors: the oldest part, the walled city of Fes-el-Bali, houses Morocco's largest medina and is a UNESCO World Heritage Site; Fes-el-Jedid was founded in 1244 as a new capital by the Merenid dynasty, and contains the Mellah, or Jewish quarter; Ville Nouvelle was built by the French who took over most of Morocco in 1912 and transferred the capital to Rabat. Picture by Manuel Cohen. 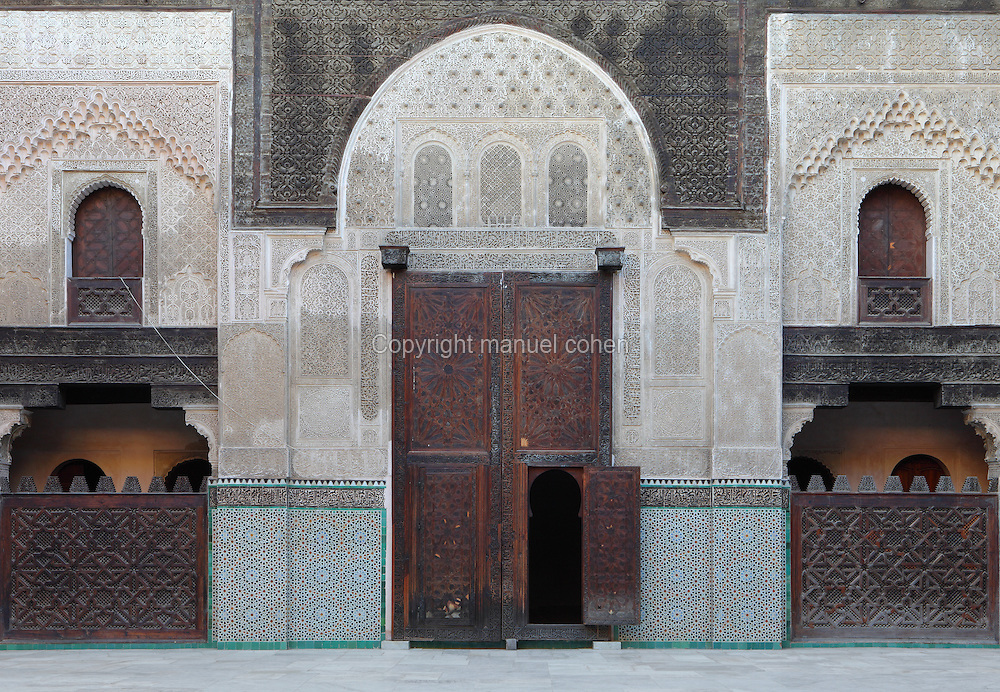