Detail of solar tiger mosaic, Sher-Dor Madrasah, 1619-36, Samarkand, Uzbekistan, pictured on July 15, 2010 at sunset which lights up the elaborately tiled facade. The Sher-Dor Madrasah, commissioned by Yalangtush Bakhodur as part of the Registan ensemble, and designed by Abdujabor, takes its name, "Having Tigers", from the double mosaic (restored in the 20th century) on the tympans of the portal arch showing suns and tigers attacking deer. Samarkand, a city on the Silk Road, founded as Afrosiab in the 7th century BC, is a meeting point for the world's cultures. Its most important development was in the Timurid period, 14th to 15th centuries. Picture by Manuel Cohen. 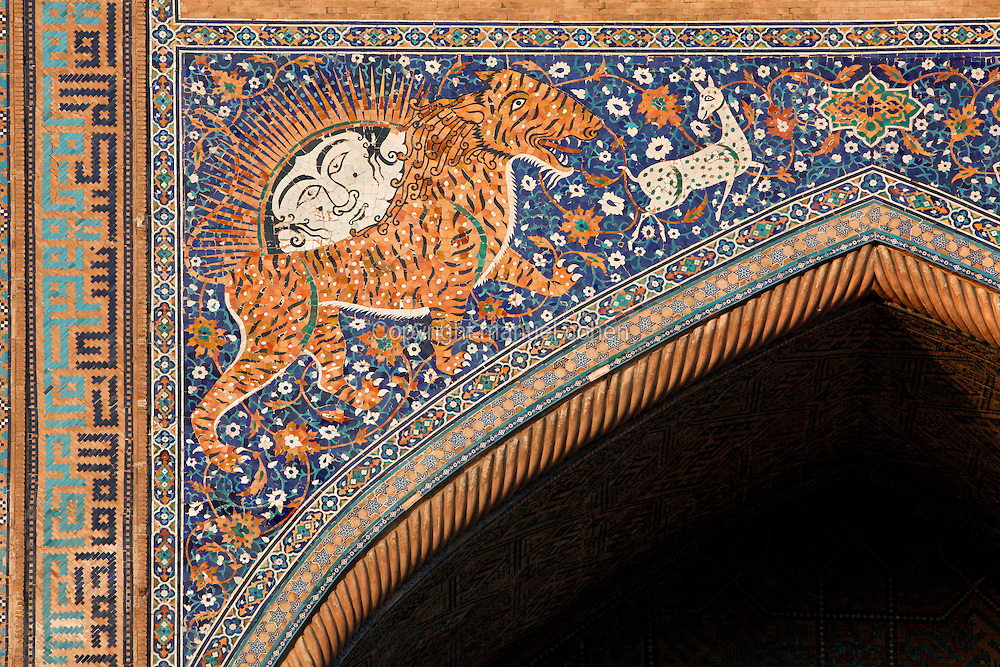