Relief of a head, possibly of a mythological figure, from the Temple of Athena, built 4th century BC by the architect Pytheos, Priene, Aydin, Turkey. The temple or sanctuary is the largest building in Priene and is dedicated to its patron deity Athena Polias. Initial construction work was supported by Alexander the Great, but it was not completed until the reign of the Roman Emperor Augustus (27BC-14AD), who was honoured alongside Athena. This Ionic temple consists of a pronaos or entrance hall, a naos or sacred chamber where the statue of the cult was kept and an opisthodomus or porch at the rear. Priene was an ancient Greek city in Ionia, originally sited on the sea coast on a steep hill, although the site is now inland. Picture by Manuel Cohen 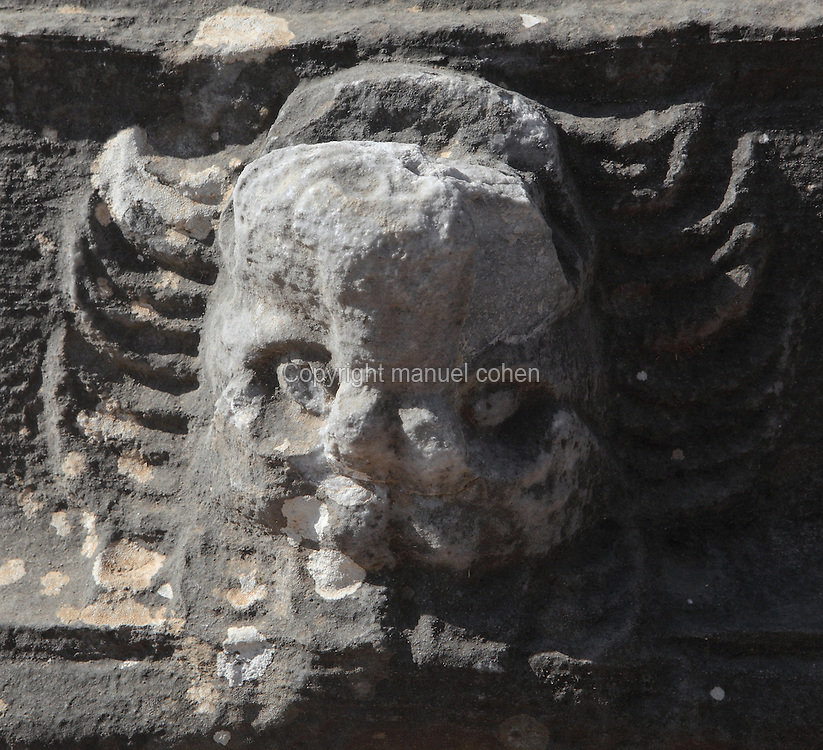