Capital with human faces, atop pairs of 8-sided columns in the colonnade of the Cloister, built in late Romanesque style by Mihoje Brajkov of Bar in 1360, at the Franciscan monastery on Stradun or Placa, Old Town, Dubrovnik, Croatia. The city developed as an important port in the 15th and 16th centuries and has had a multicultural history, allied to the Romans, Ostrogoths, Byzantines, Ancona, Hungary and the Ottomans. In 1979 the city was listed as a UNESCO World Heritage Site. Picture by Manuel Cohen 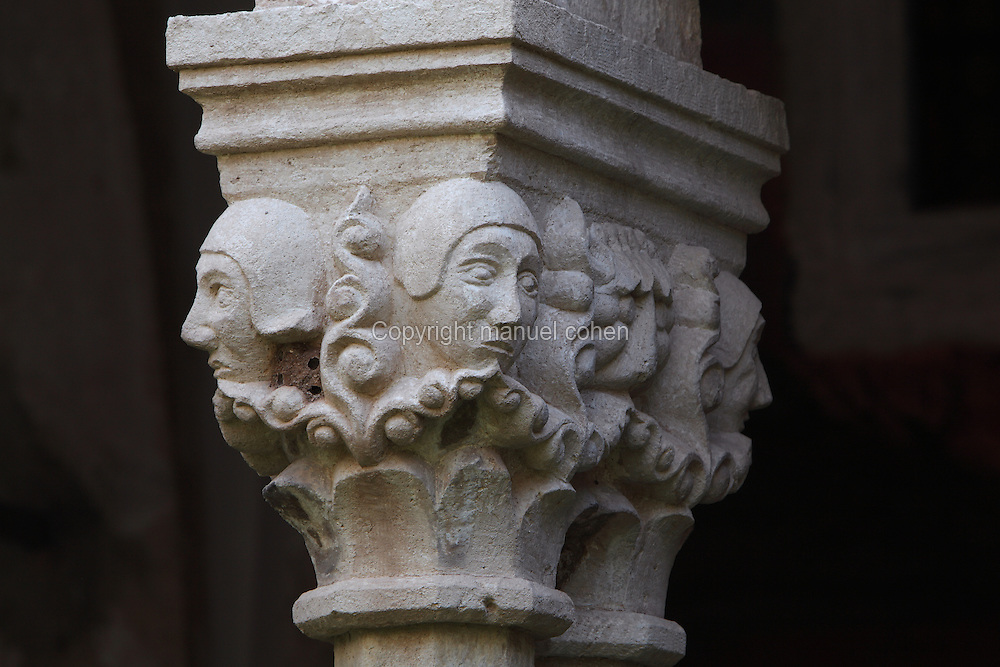