General view of The New Mosque or Mosque of the Valide Sultan (Yeni Cami, Yeni Valide Camii), 1597-1663, by Davut Aga, Dalgic Ahmed Cavus, and Mustafa Aga, Istanbul, Turkey, at dawn, from the sea. This Ottoman Imperial mosque stands on the Golden Horn at the southern end of the Galata Bridge. Originally commissioned by Safiye Sultan the project was finished after many delays by another valide Sultan, Turhan Hadice. The historical areas of the city were declared a UNESCO World Heritage Site in 1985. Picture by Manuel Cohen. 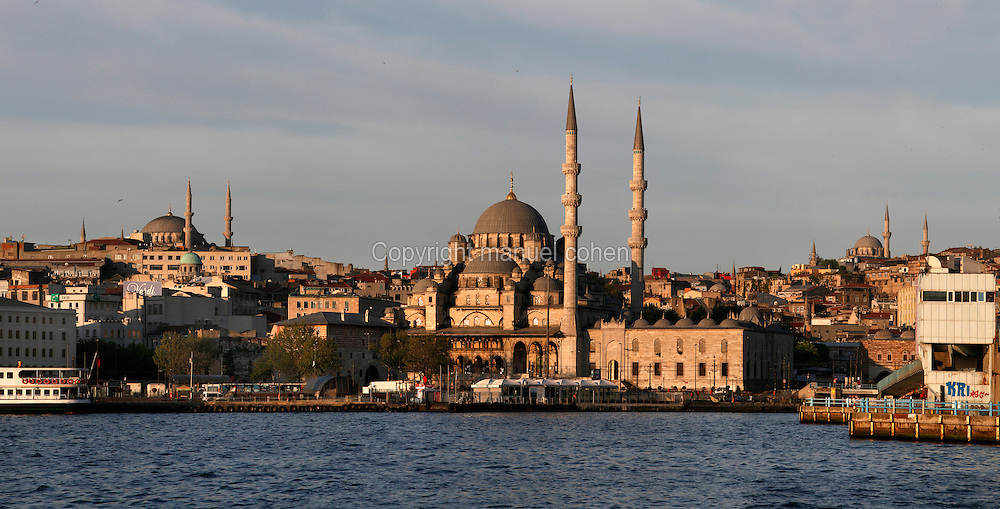