Roman stone relief carving of Maponos, the Celtic god of eternal youth, with a short beard and small pointed cap, with the Roman god Apollo and goddess Diana in niches either side of his head, in the Vindolanda Museum, Hadrian's Wall, Northumberland, England. Maponos was worshipped in the North of Britan, with a possible cult centre near Gretna Green. Hadrian's Wall was built 73 miles across Britannia, now England, 122-128 AD, under the reign of Emperor Hadrian, ruled 117-138, to mark the Northern extent of the Roman Empire and guard against barbarian attacks from the Picts to the North. The Vindolanda Museum is run by the Vindolanda Charitable Trust and forms part of the Hadrian's Wall UNESCO World Heritage Site. Picture by Manuel Cohen 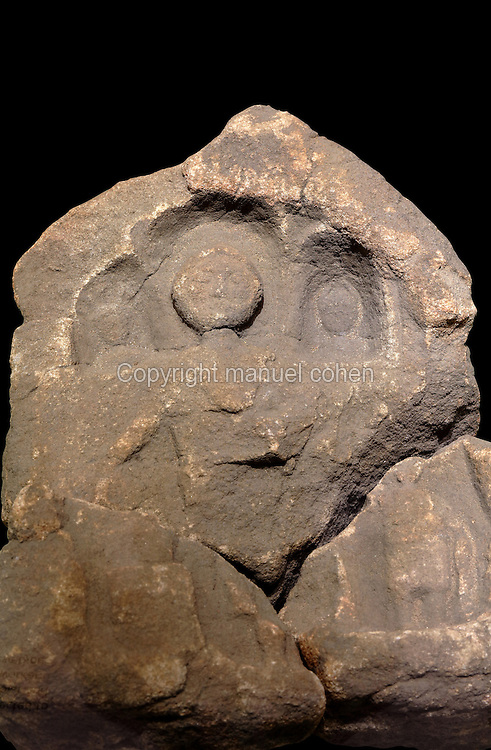