Statue of St Peter holding a key and a book, in front of the Baroque facade of Syracuse cathedral or Duomo, rebuilt in the 18th century, Ortygia Island, Syracuse, Sicily, Italy. The island is also known as the Citta Vecchio, as it is the old town of Syracuse and contains many historical buildings. Syracuse was founded in 734 BC and was a thriving city in ancient Greek times, and the birthplace of Archimedes. Much of Syracuse was rebuilt after the earthquake of 1693 and the Sicilian Baroque style is therefore prevalent. The old town of Syracuse is listed as a UNESCO World Heritage Site. Picture by Manuel Cohen 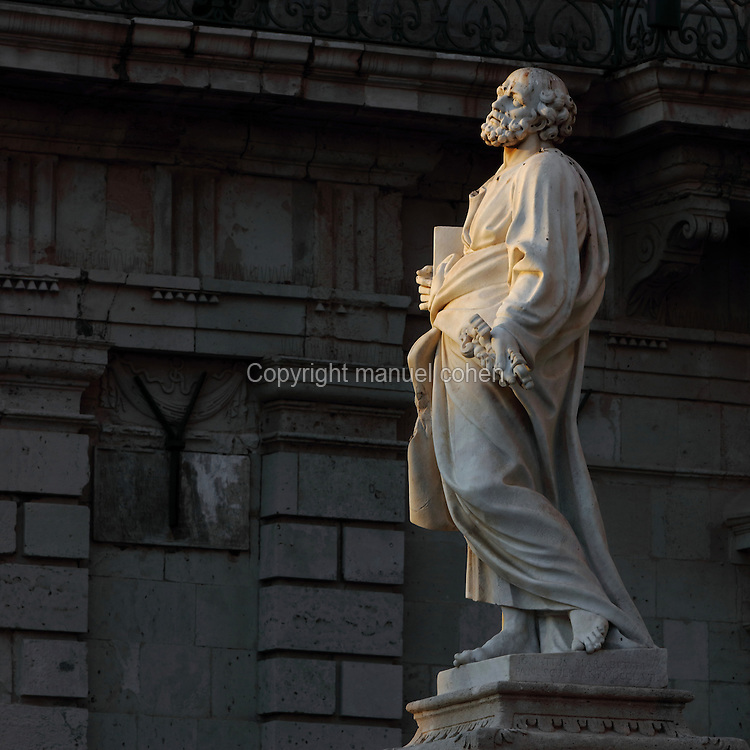